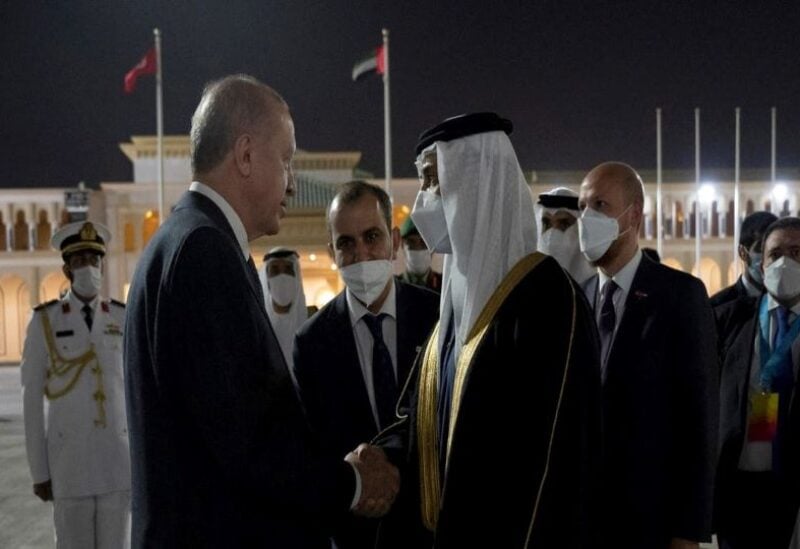 President Recep Erdogan of Turkey has left the United Arab Emirates after his first state visit in over a decade, during which the two countries strengthened commercial and defense ties, according to the UAE’s official WAM news agency.

He also paid a visit to Expo 2020 in Dubai on Tuesday, where he was greeted by Sheikh Mohammed bin Rashid Al Maktoum, the Emirate’s ruler.

Erdogan’s visit comes after years of poor relations between the two countries, which worsened during the Arab Spring in 2011. His most recent visit to the UAE was in 2013.

On his visit to the international exhibition, he lauded the Expo’s themes that strive to promote sustainability.

“The calamities and new difficulties that the globe faces, particularly in the areas of environment and health,” he said in a statement released by WAM.

“It is a priority goal to achieve sustainability in all areas, from agriculture to energy, from the environment to the economy.”

The Turkish president and the Crown Prince of Abu Dhabi signed agreements in a variety of fields.