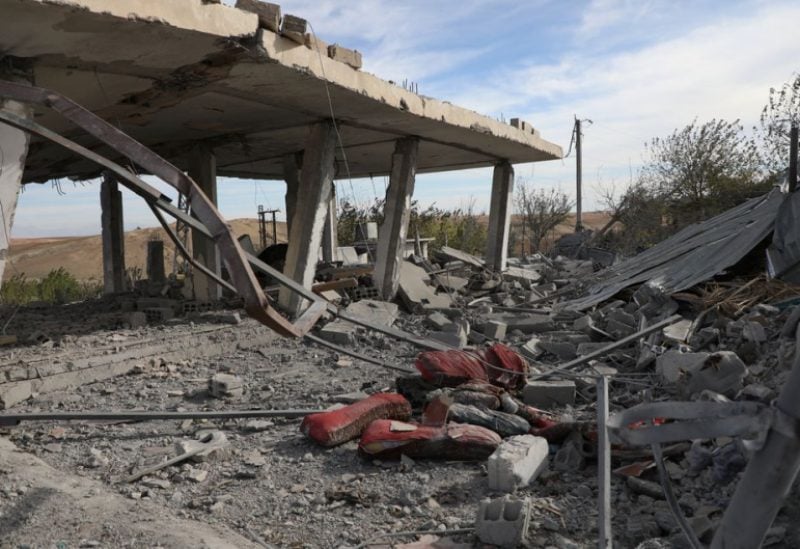 American and Kurdish officials said on Tuesday, that Turkish airstrikes and the possibility of a future ground operation in northern Syria are hampering efforts to combat the Islamic State group.
Turkey began airstrikes in northern Syria in response to a deadly bombing in Istanbul earlier this month. That blast left six dead on the iconic central Istiklal Street.
Turkish officials have blamed the incident on Kurdish militants who have denied the accusations.
Turkish President Recep Tayyip Erdogan has also threatened to follow up with a ground operation.
Pentagon Press Secretary Brigadier General Pat Ryder said on Tuesday, “The continued conflict, especially a ground invasion, would severely jeopardize the hard-fought gains that the world has achieved against ISIS and would destabilize the region,” using the US acronym for the terrorist group.
In the wake of Turkey’s bombardment, the US has been forced to reduce the number of joint patrols it conducts with local Kurdish forces because its security partners have done so.

Ryder said the US remains “concerned about a potential Turkish ground operation in Syria, and again would urge restraint.”
Much of northern Syria is controlled by the Syrian Democratic Forces, the Kurds’ de facto army in the region. It is backed by the US and has also cooperated with the Syrian government and its main ally, Russia.
SDF chief Mazloum Abdi said he has received “clear” assurances from Washington and Moscow that they would oppose a Turkish ground invasion, but called for more concrete deterrence.
“We are still nervous. We need stronger, more solid statements to stop Turkey,” he told the Reuters news agency.
“Turkey has announced its intent and is now feeling things out. The beginning of an invasion will depend on how it analyses the positions of other countries.”
The UN special envoy for Syria, Geir Pedersen, warned the Security Council about “the dangers of military escalation” unfolding on Tuesday night.
Turkey has maintained a fragile truce with Syrian and Kurdish forces since it staged a cross-border military operation in 2019.
“I equally fear a scenario where the situation escalates in part because there is today no serious effort to resolve the conflict politically,” Pedersen said.