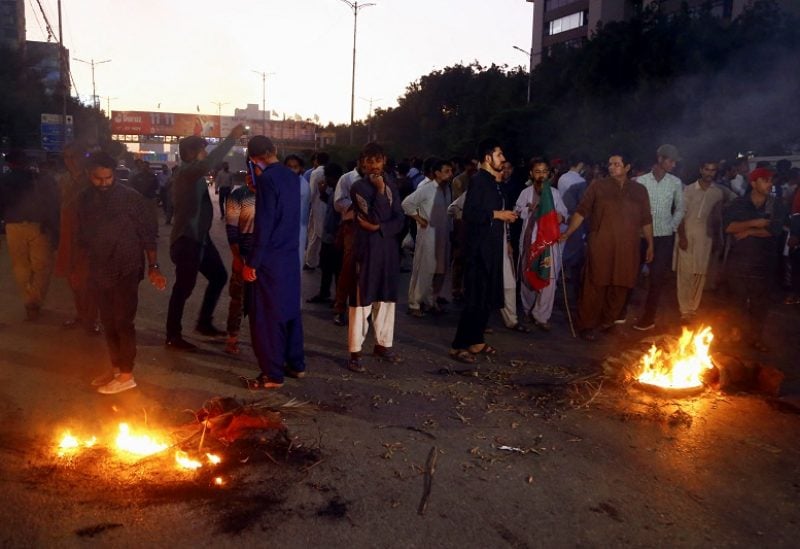 Supporters of Pakistan former Prime Minister Imran Khan, block a road following the shooting incident on his long march in Wazirabad, during a protest in Karachi, Pakistan November 3, 2022. REUTERS/Imran Ali NO RESALE. NO ARCHIVE.

Turkish Foreign Ministry wished “speedy recovery” to former Pakistani Prime Minister Imran Khan Khan, condemning the attack against him, and conveyed its condolences over the death of a Pakistani citizen in the attack.

On Thursday, a gunman opened fire at a campaign truck carrying Khan in the Wazirabad district in the eastern Punjab province, wounding him in the leg. He was shifted to a hospital in Lahore and is said to be in stable condition.

Leaders of his party, the Pakistan Tehreek-e-Insaf, said it was a planned assassination attempt, and have accused the prime minister, interior minister and an intelligence official of being involved in the attack.

Since his ouster in a no-confidence vote in parliament in April, Khan has held a series of anti-government rallies for “real freedom,” and has alleged that he was removed in a US-sponsored conspiracy. The coalition government and Washington have denied the claims.

Last week, Khan started his “long march” protest towards the capital Islamabad to demand early elections. But Prime Minister Shehbaz Sharif’s government said there would be no early vote, and the next elections will be held as scheduled, in late 2023.