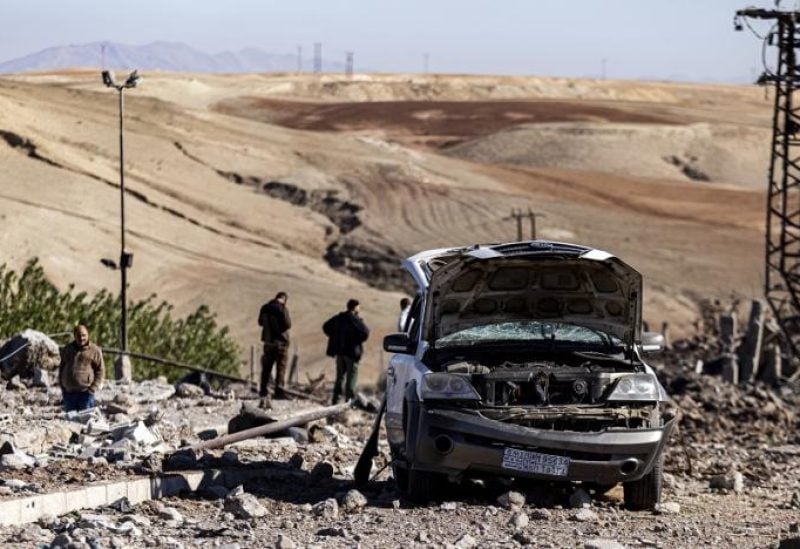 Türkiye said a Kurdish militia killed three people in rocket attacks from northern Syria on Monday, in an escalation of cross-border retaliation following Turkish air operations at the weekend and a bomb attack in Istanbul a week ago.

The five rockets hit a school, two houses and a truck in the Karkamis district, near a border gate in Gaziantep province, the governor Davut Gul said, adding six had been wounded. Interior Minister Suleyman Soylu later said three had died.

Broadcaster CNN Turk said the rockets were fired from the Kobani area of Syria, controlled by the People’s Protection Units (YPG).

In response to the attack, Türkiye’s armed forces were retaliating, the defense ministry said in a statement.

Speaking to reporters on his return from a trip to Qatar, President Tayyip Erdogan said the operations would not be limited to just an air campaign and that discussions would be held on the involvement of ground forces.

“It is not limited to just an air campaign,” Erdogan was quoted by Turkish media as saying.

“Our defense ministry and our general staff decide together how much of the land forces should take part. We make our consultations, and then we take our steps accordingly.”

The defense ministry said the weekend operation was in retaliation for a bomb attack in Istanbul last week that killed six people. Authorities have blamed the attack on the outlawed Kurdistan Workers’ Party (PKK).

The PKK and Kurdish-led Syrian Democratic Forces (SDF), which includes the YPG, have denied involvement in the bombing on Nov. 13.

As part of the weekend operations, Ankara said eight security personnel had been wounded in rocket attacks by the YPG from Syria’s Tal Rifat on a police post near a border gate in Türkiye’s Kilis province.

The PKK launched an insurgency against the Turkish state in 1984. It is considered a terrorist organization by Türkiye, the United States and the European Union.

Washington has allied with the YPG in the fight against ISIS in Syria, causing a rift with NATO ally Türkiye.