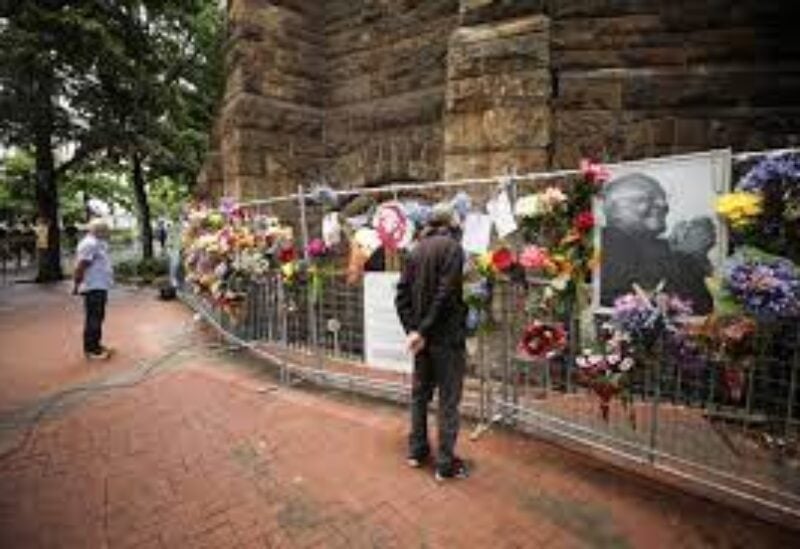 One of Archbishop Desmond Tutu’s daughters recounted the day he saved a young man from being burnt alive by an angry crowd as one of her greatest memories as South Africa commemorated the life of the anti-apartheid hero, who died on Sunday.

In 1985, the nation was under martial law as outlawed liberation organizations, including the now-ruling African National Congress, attempted to increase political pressure and topple white minority authority.

Tutu, clearly visible in his purple clerical robes, stepped in to push back against angry young mourners who were beating and kicking a defenseless man curled up in the foetal position on the dusty ground at a funeral in July of that year on the outskirts of Johannesburg, according to archived video footage.

Accused of being an apartheid collaborator, the guy is soaked in gasoline and is on the verge of being “necklaced,” or having a tyre wrapped around your neck, doused with flammable liquid, and then lit alight. Tutu and other church members intervened to save the man.

“To see that and to see him going in. There were so many things striking about it,” Nontombi Naomi Tutu, one of four of Tutu’s children, told Reuters outside the family home in Cape Town.

“One was that he had the courage to go into the crowd and say: ‘No, this is not how we do it.’ But, the other is that those young people listened … There was still that respect for Daddy and the other clergy … That is my proudest moment, that whenever I think what made me proud of Daddy that is the thing that I always go to,” she said.

Tutu used the pulpit to preach against the repressive white-minority regime in South Africa, which came to an end in the 1990s, and regularly spoke at the funerals of young activists killed by the state’s security apparatus.

Nontombi, 61, a reverend herself and who bears a striking resemblance to her larger-than-life father, also fondly remembered family road trips from Alice in the Eastern Cape to Swaziland where she and her three siblings attended school.

“He was a regular father. The one thing I have to say, as much as Ma was the disciplinarian, it was when Daddy would say something like: ‘I am so disappointed’. That hit, it was really hard and that was what we never wanted, to disappoint Daddy, because it took so much to disappoint him,” Nontombi said.

To accommodate mourners wishing to visit St George’s Cathedral to pay their final respects, Tutu’s remains will lie in state at the cathedral for an extra day on Thursday, in addition to Friday, a statement from the Desmond & Leah Tutu Legacy Foundation said.

The archbishop, who didn’t want any lavish spending and requested the cheapest coffin available, will be cremated privately and his ashes interred in the cathedral, the Foundation added.