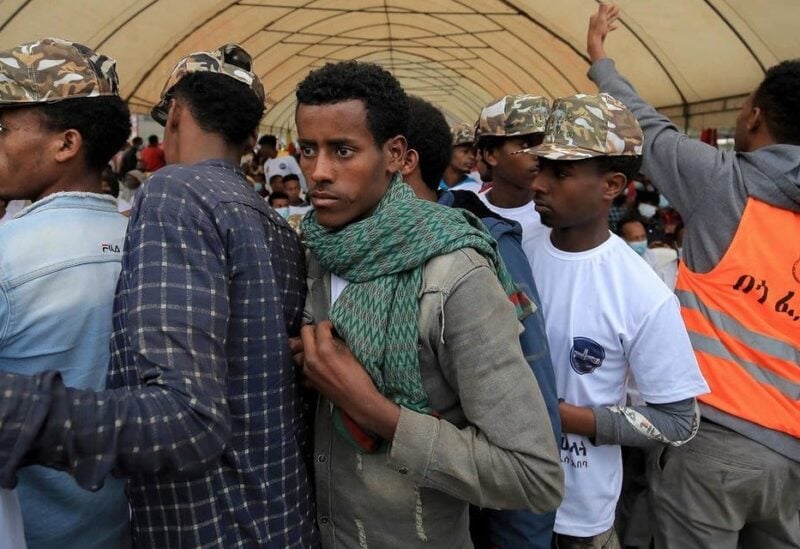 Recruits to join Ethiopia's Defense Force queue during the farewell ceremony at the Meskel Square in Addis Ababa, Ethiopia, on July 27, 2021. (Reuters)

Zambian police on Sunday found the bodies of 27 men, believed to be migrants from Ethiopia, dumped in a farming area on the outskirts of the capital after they died from suspected hunger and exhaustion, authorities said.

A sole survivor was found alive in the early hours of Sunday morning and rushed to a Lusaka hospital for treatment, while the dead were transported to the mortuary for identification and post mortems to determine the exact cause of death, police said.