Two Bomb-Laden Drones Downed Near Turkish Base in Iraq 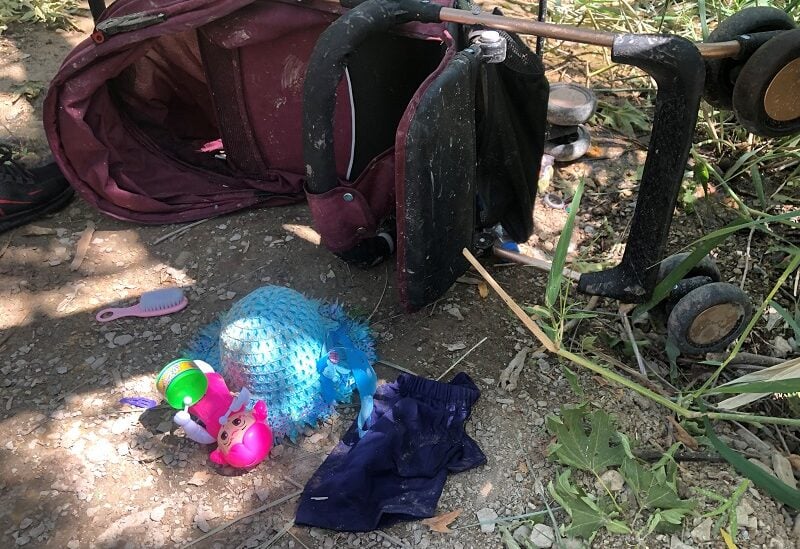 A baby stroller is seen at the scene of an attack on a mountain resort in Iraq's northern province of Dohuk, Iraq, July 22, 2022. REUTERS/Kawa Omar NO RESALES. NO ARCHIVES

Days after nine Iraqi civilians died in shelling blamed on Turkey, two bomb-laden drones targeting a Turkish military base in northern Iraq were shot down Friday, a local mayor said, amid heightened tensions

The Turkish army has maintained dozens of outposts over the past 25 years across northern Iraq’s autonomous Kurdish region as part of its campaign against rebels.

“Two bomb-laden drones that attacked the Turkish base in the village of Bamerne this morning were shot down without causing any casualties,” the village’s mayor, Miran Ismail, told AFP.

There was no immediate claim of responsibility for the attack, but a pro-Iran Telegram channel popular among pro-Tehran armed factions in Iraq praised an action of “the Iraqi resistance.”

On Wednesday, artillery strikes on a recreation area in Kurdistan killed nine civilians, including women and children, and wounded another 23.

Most of the casualties were tourists from southern or central Iraq who took to mountainous northern regions of the country to escape the summer heat.

Iraqi Prime Minister Mustafa al-Kadhimi blamed Turkey for the attack and warned that Baghdad reserves the “right to retaliate.”

But Turkey denied responsibility and instead accused rebels of the outlawed Kurdistan Workers Party (PKK).

The tragedy, condemned by much of Iraq’s political class, provoked public indignation and sparked angry demonstrations.