Two die of wounds from Israeli strike on Syria port 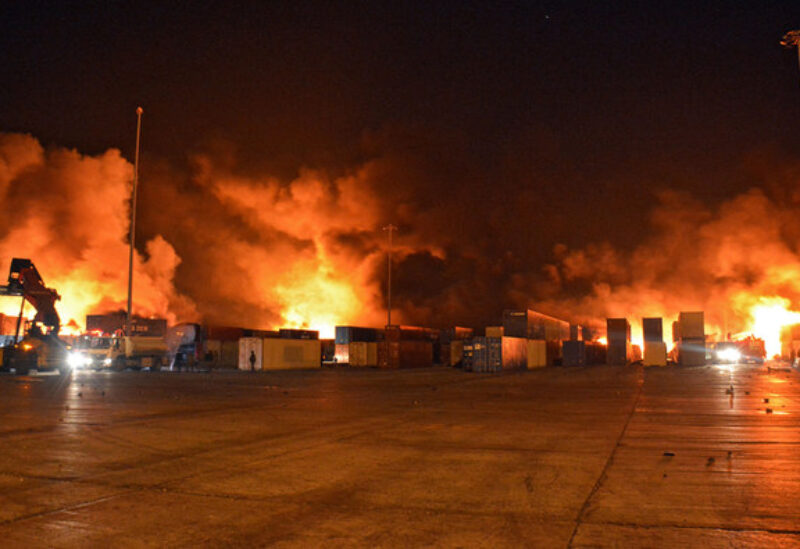 The Israeli strike on the Syrian port of Latakia late on tuesday, led to the killing of at least two members of a pro-government militia, a war monitor said on Wednesday.

The strike before dawn on Tuesday marked the second time that Israel has hit the key cargo hub since the outbreak of Syria’s civil war in 2011.

The Israeli attack — one of nearly 30 that have hit Syria this year — caused significant damage with stacks of containers catching fire.
“Two members of a pro-regime militia were killed in the Israeli strike,” the Britain-based Syrian Observatory for Human Rights said.

“They had suffered serious wounds and succumbed to their injuries” in hospital in Latakia on Wednesday.

Syrian state media said the containers hit in the strikes carried “engine oil and spare parts for cars and other vehicles.”

But the observatory said the cargo was “arms and munitions.”

Syrian government ally Iran condemned the airstrikes, describing them as “inhumane and immoral” and an example of Israel’s “provocation of crisis in the region.”

Iranian Foreign Ministry spokesman Saeed Khatibzadeh accused Israel of “making a mockery of all international laws, regulations and norms by carrying out repeated attacks on Syrian territory on false pretexts.”

Since the start of the conflict, Israel has routinely carried out air strikes on its strife-torn neighbor, mostly targeting Syrian government troops as well as allied Iran-backed forces and Hezbollah fighters.
So far this year, Israel has targeted Syria nearly 30 times, killing 130 people including five civilians and 125 loyalist fighters, according to Observatory figures.