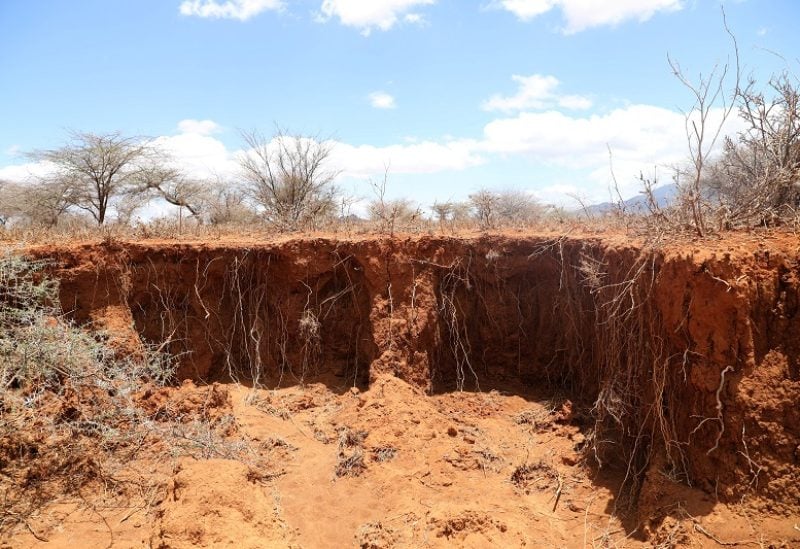 Exposed roots are seen in soil that was swept away in a gully near Naibeliblie northern Kenya, September 20, 2022. REUTERS/Baz Ratner

Kenyan authorities said that a multi-story building under construction collapsed on a neighboring home in the outskirts of Kenyan capital Nairobi, killing two people on Thursday,
Three other people have been rescued alive from the family home that was next to the collapsed building located in the Ruaka suburb.
The early morning collapse is the second such incident this week as construction authorities warn of unpermitted buildings coming up in the city and its outskirts.
On Tuesday, a multi-story building collapsed in the city and construction workers were trapped inside.
Three people were confirmed dead from that incident, and the owner of the building, who is to be arrested and charged, has been on the run.
Building collapses are common in Nairobi, where housing is in high demand and unscrupulous developers often bypass regulations.
After eight buildings collapsed and killed 15 people in Kenya in 2015, the presidency ordered an audit of all the country’s buildings to see if they were up to code. The National Construction Authority found that 58 percent of the buildings in Nairobi were unfit for habitation.