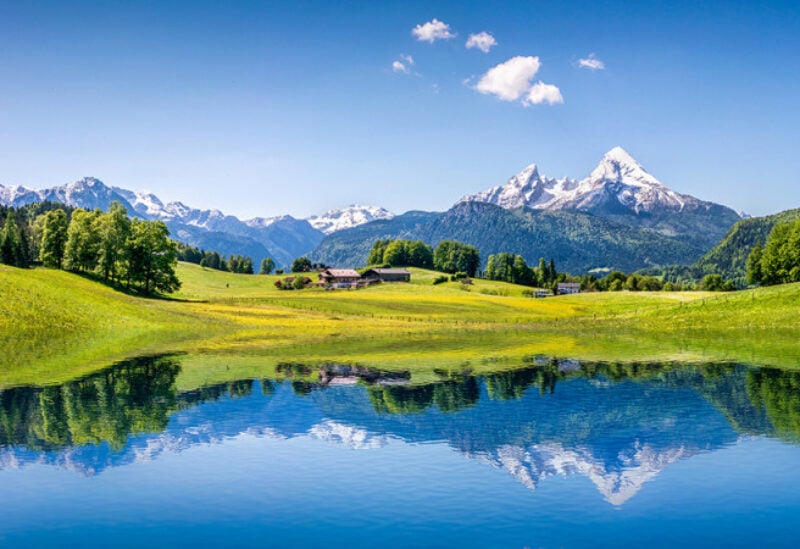 Two men are on trial after they helped an Afghan family, including a pregnant mother, cross over the Alps into France.

The pair are being tried in a criminal court for assisting the family of a husband, wife and two children, aged 14 and 6, cross the frontier through dangerous mountain passes.

Named only as Thibault C and Alexandre W, they were charged with “helping the entry into France of people in an irregular situation” close to the town of Montgenèvre in the south-east region of Hautes-Alpes.

It was alleged that in November last year they were spotted by a French policeman helping the family illegally cross the Franco-Italian border.

The pair were on the French side of the border when they saw the eight months pregnant mother struggling to get across the difficult terrain, with her husband and two children.

“We stayed on the French side, 300 metres from the border,” educator Thibault, 28, told the court. “We went to meet the family as the mother had difficulty moving. At the same time, a gendarme arrived behind us.”

He said he was aware of the criminal risk involved in helping refugees cross the border.

Alexandre, 31, a weaver, said it was “impossible” that a gendarme saw them cross the border.

In his indictment at the court in the town of Gap, public prosecutor Florent Crouhy called for the pair to receive a two-month suspended prison sentence. He also demanded that the refugee helpers be barred for five years from staying in the Hautes-Alpes region.

However, he was careful to refer to them as “helpers” who should not be regarded as “smugglers who take advantage of poverty”.

The pair’s lawyer defended their actions. “My clients have acted in a purely humanitarian context, without financial compensation, and cannot be prosecuted under European law,” said Vincent Brengarth. “A person cannot be placed in custody on the only count of irregular entry into the territory.” He called for their release, arguing there was “no physical proof of this border crossing” and that the case was based on the evidence of a gendarme who did not know the local area.

Two days after detention, the Afghan family was issued with an OQTF – Obligation to Quit Territory of France – and now live in Germany.

Outside the courthouse nearly 300 people gathered in support of the two young immigrant helpers.

The Gap court will deliver its decision on May 27.