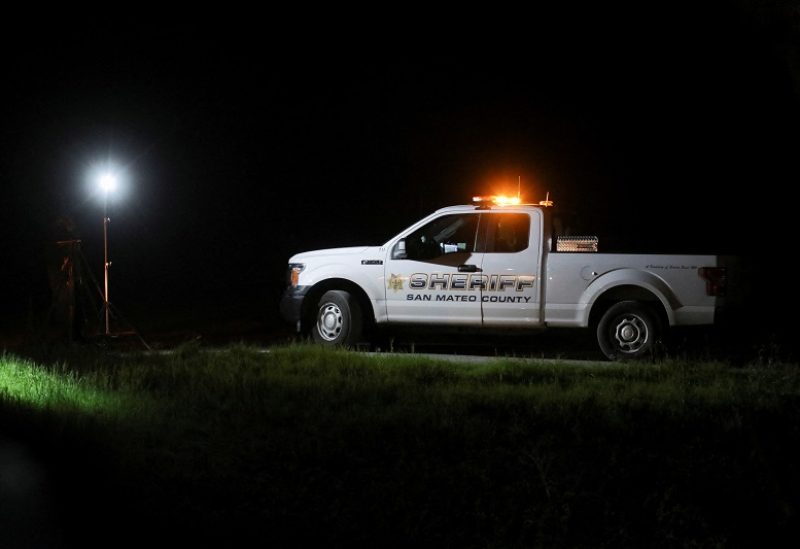 A San Mateo County Sheriff’s Office vehicle is seen near where victims were found dead in a shooting in Half Moon Bay, California, U.S. on January 23, 2023. REUTERS/Nathan Frandino REFILE - CORRECTING DATE

Seven people died and one was critically injured, when two shootings occured in Half Moon Bay in northern California, according to media reports from the US. An Asian farm worker was in custody in the matter.
Reports suggest that seven of the man’s colleagues were killed in front of children at two sites in California.

“The Sheriff’s Office is responding to a shooting incident with multiple victims in the area of (Highway) 92 and the (Half Moon Bay) City limits,” San Mateo County Sheriff tweeted.

“Suspect is in custody. There is no ongoing threat to the community at this time.”

The two shootings were reported at two farms – Mountain Mushroom Farm and Rice Tucking-Soil Farm – close to each other in an area south of San Francisco.
Sheriff Christina Corpus said 67-year-old Chunli Zhao has been arrested in the incident. The dramatic takedown was captured by local TV crews in the farming region of Half Moon Bay.

“Today at 2:22pm sheriff’s deputies were dispatched… on the report of a shooting with multiple victims.

“A fifth victim also suffering from a gunshot wound was transported to Stanford Medical Center with life threatening injuries.

“Shortly thereafter three additional victims were also located deceased with gunshot wounds at a separate shooting scene,” the tweet said.
After killing the men, Zhao drove to a sheriff’s substation in Half Moon Bay. ABC7 crews were at the site, waiting for a news conference. They captured the dramatic arrest of an Asian man wearing a red fleece and blue jeans, who was pulled to the ground by armed officers.

“Zhao was taken into custody without incident and a semi-automatic handgun was located in his vehicle,” Corpus said.

The motive for the shootings was not yet known, Corpus said.

“At the hospital meeting with victims of a mass shooting when I get pulled away to be briefed about another shooting. This time in Half Moon Bay. Tragedy upon tragedy.”