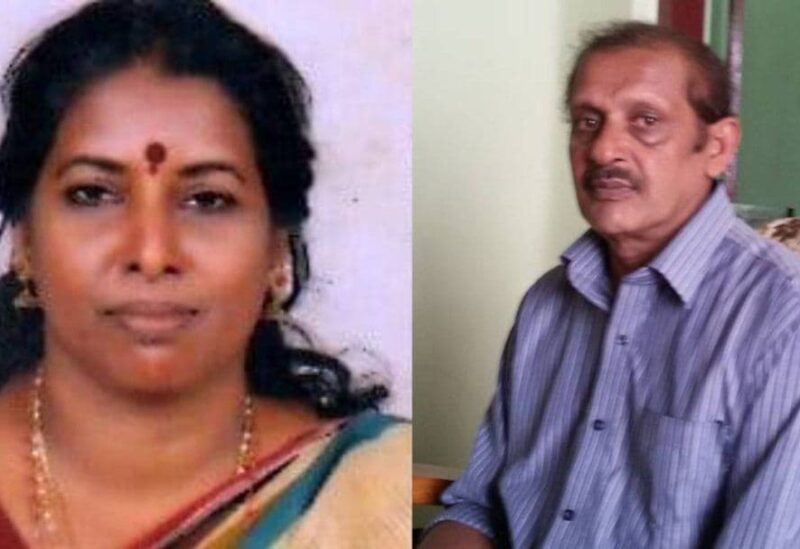 Bhagavanth Singh, a local massage therapist, his wife Laila, were both natives of Thiruvalla. (Images: Facebook)

In India, two women were killed as part of what is thought to have been a ritualistic human sacrifice that the perpetrators thought would bring them financial security.

Three suspects, including a couple, were reportedly detained in connection with the incident in the South Indian state of Kerala, according to local and national media.

Both the victims – Padmam, 57, a lottery vendor from Ponnurunni in Ernakulam and Rosli, 49, a resident of Kalady near Angamaly – were found buried next to each other on the property of the couple, The Hindu reported on Tuesday.

They were supposedly killed months apart. Both women were reported missing in their respective districts.

According to several reports, the buried bodies were dismembered, and DNA tests were required to identify them.

All three reportedly confessed to the crime, according to TOI, with police telling local news media that the victims may have also endured torture before their deaths.

Kochi City Police Commissioner C H Nagaraju was quoted as saying by The Indian Express that “the couple had been facing a financial crisis and they decided to sacrifice the women to appease God and come out of the crisis.”

The incident, which is believed to be black magic, involved Mohammed Shafi who posed as a godman, and the couple – alternative medicine practitioner Bhagval Singh and Laila – the Times of India reported on Wednesday.

Shafi was previously accused of the rape of a 75-year-old woman, according to the TOI report. In this instance, he is believed to have taken money from the couple to “arrange” for the women to be killed, according to a police report.

Meanwhile, Singh, whose family are traditional healers at Elanthoor, “has an active social media presence and has thousands of followers,” The Indian Express reported on Tuesday. Locals reportedly claimed that he was an active Communist Party of India (Marxist) worker.

Considered one of India’s more progressive states with a leading literacy rate nationwide, the gory details of the incident have made national headlines.

At the time of this report, it is not clear whether there are more victims or suspects involved.

Kerala Chief Minister Pinarayi Vijayan was quoted as saying by the BBC that the crime had “shocked the human conscience” and that abducting and killing people for superstitious reasons was a crime “beyond imagination in a state like Kerala.”