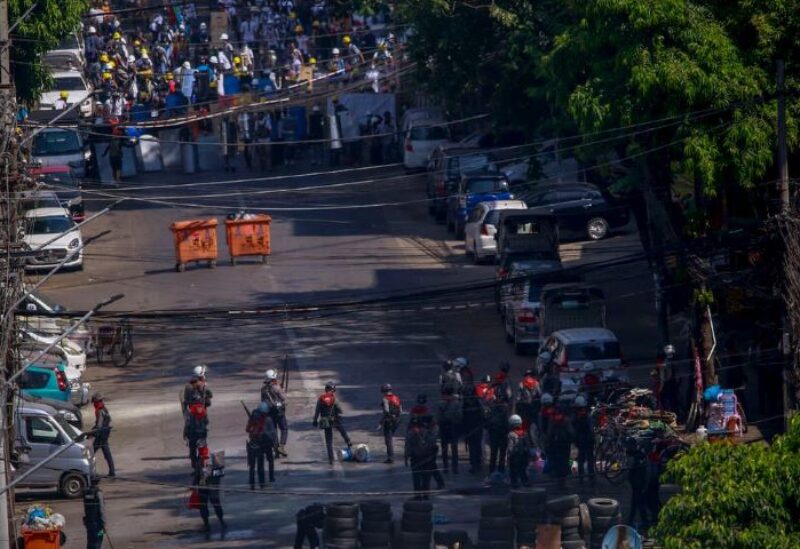 The United Nations’ top humanitarian official, Martin Griffiths, warned on Monday that the humanitarian situation in Myanmar was deteriorating, with more than 3 million people in need of life-saving assistance as a result of the country’s escalating conflict and failing economy.

On Monday, the United Nations Security Council met behind closed doors to discuss Myanmar. The meeting takes place on the one-year anniversary of Aung San Suu Kyi’s re-election, which was then deposed by the military in a Feb. 1 coup.

“Those polls were deemed free and fair by domestic and international observers,” said United Nations spokesman Stephane Dujarric on Monday. “The United Nations reiterates its call on the military to respect the will of the people and put the country back on track.”

“We are particularly concerned about the build-up of military action in the northwest of the country, and we are concerned that this rather mirrors the activity we saw four years ago ahead of the atrocities committed in Rakhine against the Rohingya,” Britain’s deputy U.N. Ambassador James Kariuki told reporters.

Myanmar is facing genocide charges at the International Court of Justice in connection with a 2017 military crackdown on the Rohingya, which forced over 730,000 people to flee into neighboring Bangladesh. Myanmar denies genocide and claims that its armed forces were legitimately pursuing militants who attacked police stations.

“More than 37,000 people, including women and children, have been newly displaced, and more than 160 homes, including churches and humanitarian organization offices, have been burned,” Griffiths said.

Attacks on civilians and civilian infrastructure, including humanitarian workers and facilities, are prohibited under international humanitarian law and “must cease immediately,” he said.