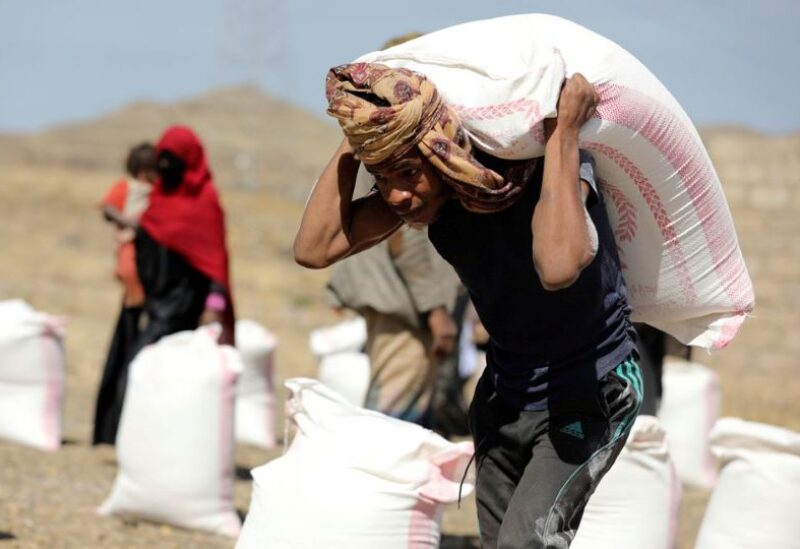 A worker carries a sack of wheat flour provided by the local charity Mona Relief to beneficiaries at a camp for internally displaced people on the outskirts of Sanaa, Yemen

At a pledge event on Wednesday, the United Nations hopes to raise more than $4 billion for war-torn Yemen, where humanitarian aid has run out even before the world’s focus turned to the Ukraine crisis.

According to UN agencies, more than 17 million people in Yemen require food assistance, with the number rising to 19 million in the second half of the year.

“While Ukraine obviously and correctly demands our immediate attention and emphasis at this time, we cannot ignore other situations,” said Carl Skau, a Swedish foreign ministry official.

Aid groups have already been forced to cut back or stop providing food, health, and other essential assistance in Yemen, where the economy and basic services have collapsed as a result of the seven-year war.

“Nearly $4.3 billion is required for this year’s reaction,” he said.

Food costs are expected to rise higher this year due to a blockade imposed by a Saudi-led coalition fighting Yemen’s Houthi party, as a third of the country’s wheat originates from Russia and Ukraine.

Abdo Yehya, a resident of Aden’s Keraa camp, told Reuters that no aid has arrived this year.

“We make ends meet with the help of our son, who collects and sells empty plastic bottles and metal cans, as well as the compassion of strangers,” he said. “We’re completely spent.”

Without significant new financing, the World Food Programme warned on Monday that catastrophic starvation and catastrophe would occur.

The epidemic, the Afghanistan crisis, and now Russia’s invasion of Ukraine have all put a pressure on donor budgets. Allegations of Houthi influence in aid flows have also raised worries.

In late 2014, the Houthis deposed the government in Sanaa, prompting the coalition to intervene months later.