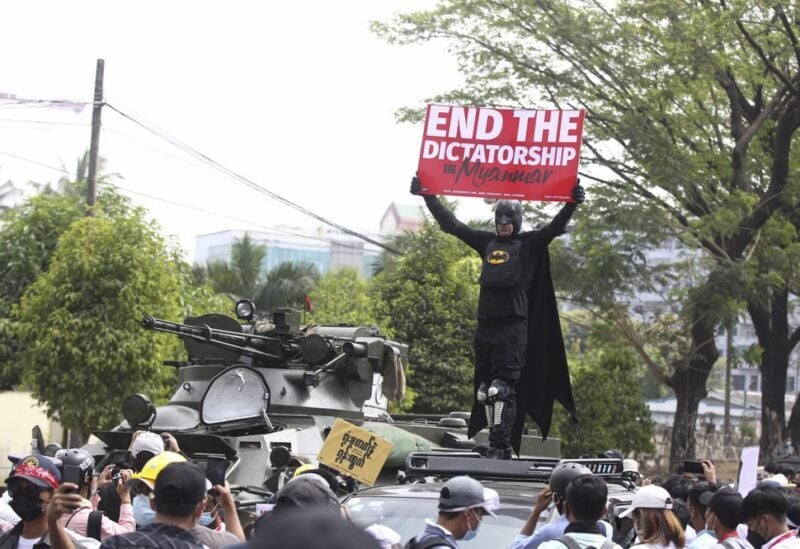 The United Nations special envoy has warned Myanmar’s army of “serious consequences” for any harsh response to demonstrators protesting against this month’s coup.

Although armored vehicles and soldiers were deployed to some major cities at the weekend, protesters have kept up demonstrations to condemn the Feb. 1 takeover and call on the release of arrested leader Aung San Suu Kyi in addition to others.

Protests on Monday were smaller than the hundreds of thousands who had joined earlier demonstrations but broke out in several parts across the country, where the coup has halted a decade of unsteady transition to democracy.

Small crowds gathered in two places in the main city of Yangon on Tuesday – at a traditional protest site near the main university campus and at the central bank, where protesters hoped to press staff to join a civil disobedience movement.

U.N. Special Envoy Christine Schraner Burgener spoke on Monday to the deputy head of the junta in what has become a rare channel of communication between Myanmar’s army and the outside world.

“Ms Schraner Burgener has reinforced that the right of peaceful assembly must fully be respected and that protesters are not subjected to reprisals,” U.N. spokesman Farhan Haq said at the United Nations.

“She has conveyed to the Myanmar military that the world is watching closely, and any form of heavy-handed response is likely to have severe consequences.”

In an account of the meeting, Myanmar’s army said junta Number Two, Soe Win, had discussed the administration’s plans and information on “the true situation of what’s happening in Myanmar”.

The army announced late on Monday that demonstrators were compromising stability and had left people in fear.