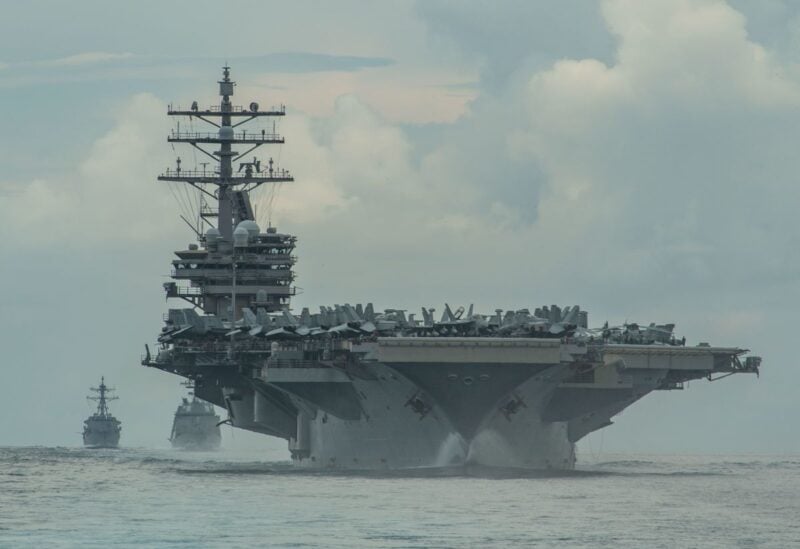 A US aircraft carrier will visit South Korea this week for joint drills for the first time in roughly four years, officials from both countries said on Monday, as the allies aim to deploy nuclear-capable “strategic assets” to deter North Korea.

The USS Ronald Reagan will arrive at a naval facility in the southern port city of Busan on Friday, according to a statement issued by South Korea’s Navy.

“By conducting combined drills, the Navies of the two countries plan to strengthen their military readiness and demonstrate the firm resolve of the South Korea-U.S. alliance for peace and stability on the Korean Peninsula,” the statement said.

North Korea has denounced previous U.S. military deployments and joint drills as rehearsals for war and proof of hostile policies by Washington and Seoul.

The visit will be the first to South Korea by an American aircraft carrier since 2018. That year the allies scaled back many of their joint military activities amid diplomatic efforts to engage with North Korea.

The COVID-19 pandemic further curtailed drills until this year, when South Korean President Yoon Suk-yeol resumed many joint exercises and other displays of military power as a warning to North Korea, which earlier this year conducted a record number of missile tests after talks failed to persuade it to end its nuclear weapons and missile development.

Observers say Pyongyang also appears to be preparing to resume nuclear testing for the first time since 2017.

In April USS Ronald Reagan deployed to the waters between South Korea and Japan for the first time since 2017, and conducted joint drills with Japanese forces. This time the carrier and its strike group will train with South Korean forces.

On Friday the United States and South Korea denounced North Korea’s first-use nuclear doctrine unveiled this month as “escalatory and destabilizing” and Washington vowed to continue to deploy and exercise strategic assets to deter and respond to Pyongyang.