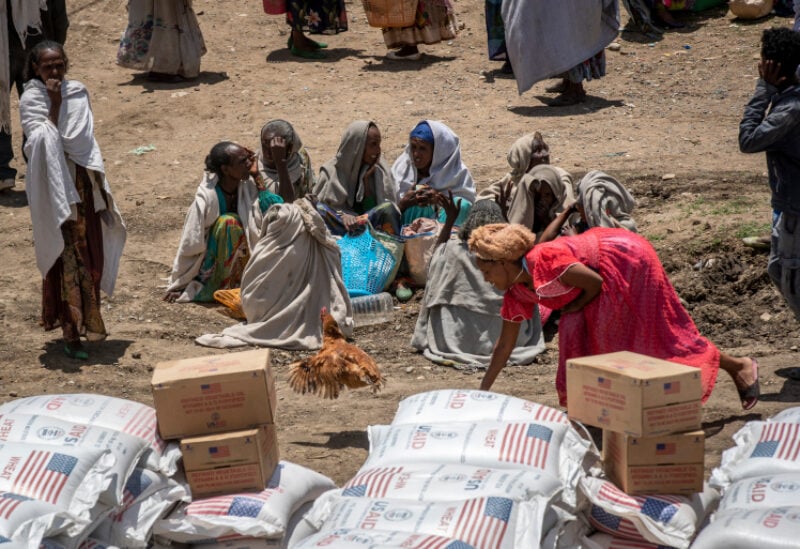 The US slapped penalties on an Eritrean official on Monday, accusing him of significant human rights violations during the conflict in Ethiopia’s Tigray area, and warned that it will continue to pursue those who prolong the conflict.

In a statement, the US Treasury Department stated Filipos Woldeyohannes, the Eritrean Defense Forces’ chief of staff, had been placed on a no-fly list (EDF). According to the Treasury, he is in charge of EDF forces in Tigray.

The Treasury accused the troops of massacres, sexual assaults, and intentionally killing citizens in the streets, among other human rights violations.

“The United States will continue to identify and pursue action against those involved in serious human rights abuse in Ethiopia and prolonging the ongoing conflict and humanitarian crisis,” U.S. Secretary of State Antony Blinken said in a separate statement.

The Eritrean Ministry of Foreign Affairs in a statement said it rejected Washington’s action on Monday, adding that the accusations are “utterly baseless.”

“Eritrea calls on the U.S. Administration to bring the case to an independent adjudication if it indeed has facts to prove its false allegations,” the statement said.

The United States has repeatedly called for Eritrean troops to withdraw from Tigray. Eritrea sent troops to Tigray after Ethiopian federal forces launched an offensive in November in response to attacks on federal government bases by forces loyal to the Tigray People’s Liberation Front (TPLF).

Eritrea denied for months that its troops were in the region, but later acknowledged their presence while denying they were responsible for abuses.

The U.N. special rapporteur on human rights in Eritrea said in June the country now has “effective control” of parts of Tigray, calling for troops to withdraw and for a prompt investigation into abuses, including the abduction of refugees.

“Today’s action demonstrates the United States’ commitment to imposing costs on those responsible for these despicable acts, which worsen a conflict that has led to tremendous suffering by Ethiopians,” Andrea Gacki, director of the Treasury’s Office of Foreign Assets Control, said in the statement.

“We urge Eritrea to immediately and permanently withdraw its forces from Ethiopia, and urge the parties to the conflict to begin ceasefire negotiations and end human rights abuses,” Gacki added.

President Joe Biden’s administration is far advanced in its assessment of whether to call events crimes against humanity, genocide or war crimes, Robert Godec, acting assistant secretary of state for the State Department’s Bureau of African Affairs, said in June.

Doctors said hundreds of women reported they were subjected to horrific sexual violence by Ethiopian and allied Eritrean soldiers after fighting broke out in the mountainous northern region of Ethiopia, Reuters reported in April.

The U.N. children’s agency, UNICEF, said last month that more than 100,000 children in Tigray could suffer life-threatening malnutrition in the next 12 months, as hundreds of thousands in the region face famine conditions.