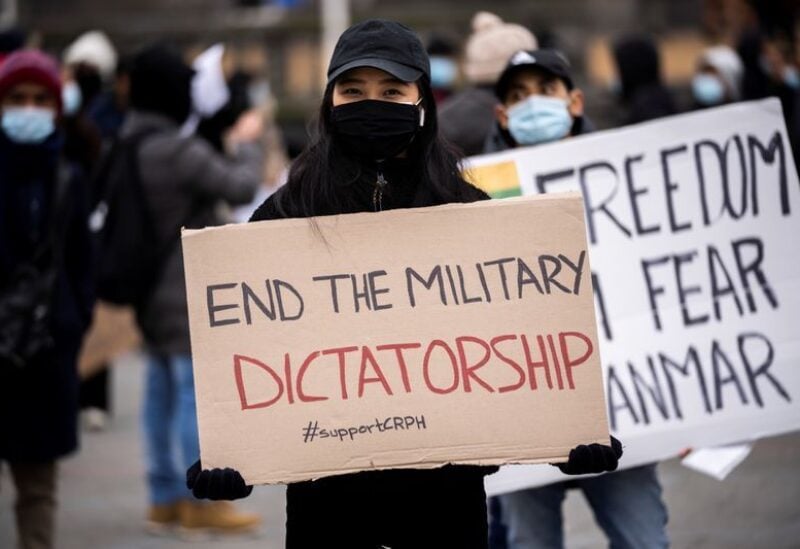 A woman holds a placard during a protest against the military coup in Myanmar, at Town Hall Square in Copenhagen, Denmark, March 13, 2021. Ritzau Scanpix/Martin Sylvest via REUTERS

he United States on Thursday sanctioned two conglomerates controlled by Myanmar’s military following the generals’ Feb. 1 coup and deadly crackdown, according to a statement on the U.S. Department of Treasury’s website.