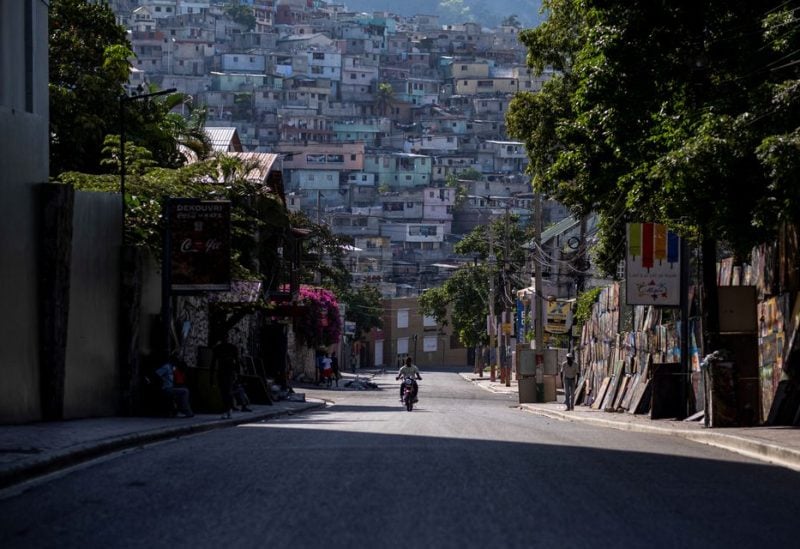 A man rides a motorcycle on a quiet street usually packed with people and heavy traffic in Port-au-Prince, Haiti October 12, 2022. REUTERS/Ricardo Arduengo

In an effort to battle criminal gangs that have made Haiti’s humanitarian catastrophe worse, U.S. and Canadian military aircraft on Saturday delivered tactical and armored vehicles as well as other supplies to the Haitian National Police (HNP).

The U.S. and Canadian governments said in a joint statement that “this equipment will enable the HNP in their fight against criminal actors who are inciting violence and obstructing the delivery of critically needed humanitarian assistance, impeding attempts to stop the spread of cholera.”

A coalition of gangs has prevented the distribution of diesel and gasoline for over a month to protest a plan to cut fuel subsidies. Most transport is halted, with looting and gang shootouts becoming increasingly common.

The United States and Canada stepped in to transport the Haitian government-purchased equipment when the company faced delivery delays, a State Department spokesperson said, adding that Washington would continue efforts to strengthen the Haitian police.

The U.N. Security Council is considering creating a sanctions regime to impose an asset freeze, travel ban and arms embargo on anyone who threatens the peace, security or stability of Haiti, according to a draft resolution seen by Reuters on Thursday.

U.N. Secretary-General Antonio Guterres has proposed that one or several countries send “a rapid action force” to help Haiti’s police remove a threat posed by the gangs, according to a letter to the Security Council, seen by Reuters.

The U.S. and Mexico-drafted resolution would take note of Guterres’ letter and encourage “the immediate deployment of a multinational rapid action force to support the HNP, as recommended in the Secretary-General’s letter.”

The 15-member Security Council could vote as early as Monday on the draft resolution, diplomats said. To be adopted a resolution needs nine votes in favor and no vetoes by permanent members Russia, China, the United States, France or Britain.