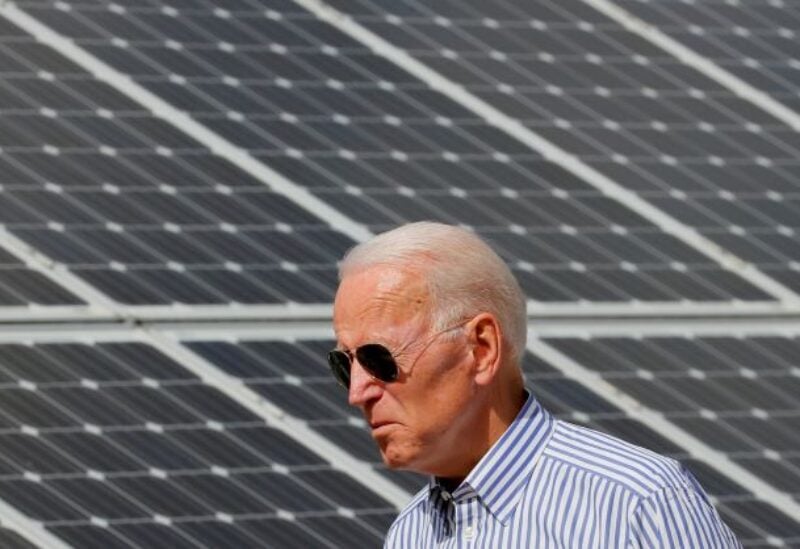 President Joe Biden wants to show that the United States is back in the battle against global warming at the United Nations climate conference in Scotland. However, the ongoing wrangling in Congress over legislation to further his climate goals risks undermining that message on the international stage.

On Thursday, Biden will go to Europe for a G20 conference in Rome, followed by a meeting of world leaders in Glasgow, all with the goal of preserving the earth from the damage caused by increasing temperatures.

Biden planned to highlight legislation that would help the United States meet its promise to reduce greenhouse gas emissions by 50-52 percent by 2030 compared to 2005 levels, hoping to set an example that would inspire other countries to take bold, swift action to safeguard the environment.

Hundreds of billions of dollars in clean energy investments are included in the plan, but other elements, such as a scheme that rewards electrical providers for investing in renewables and penalizes those that do not, have been removed from a law to fund his social and climate change agenda.

Biden’s Democratic colleagues have yet to reach an agreement as of Wednesday evening, forcing him to leave Washington without a deal.

While Democrats are optimistic an agreement will be struck in the coming days, the lack of legislation could make it harder for Biden to convince the world that he can make good on his promises to cut U.S. carbon emissions.

“Being able to follow through is critical to maintaining credibility on the global stage and influencing other countries to take equally ambitious action,” said Tom Damassa, associate director for climate change at Oxfam America.

One of the bills is expected to expand tax credits for certain clean power industries such as wind and solar and could include grants and loans for farmers to shift to clean energy. But a proposed carbon tax and a carbon border tax adjustment that would add costs to imports of goods such as concrete and steel are likely out.

The Biden administration had sought to end longstanding tax breaks for fossil fuels that analysts estimate cost some $15-20 billion per year, but that effort too was all but dead.

STILL TIME FOR A DEAL

White House officials have said world leaders understand that the legislative process is messy and insist that the country can still meet its emissions targets without certain aspects of the bills that were meant to make the world’s largest economy more environmentally friendly.

The U.N. climate change conference known as COP26 takes place from Oct. 31 through Nov. 12, leaving room for a deal to happen even after Biden returns to Washington on Tuesday.

“If there is no agreement and we go all the way through (the COP26) without an agreement, I think that’s really problematic for U.S. credibility,” said John Podesta, a former climate adviser to President Barack Obama.

Biden brought the United States back into the Paris climate accord at the start of his presidency, reversing a decision by Republican President Donald Trump to withdraw. Months later Biden announced the U.S. target for emissions cuts as part of a push to get other countries to set ambitious targets, too.

The White House has pointed to a broad range of policies it says will help meet U.S. targets, including a push for more electric vehicles and initiatives to boost renewable fuel sources.

“Whether there is a deal this week or whether the negotiations continue, there will be a lot of energy and enthusiasm for the effort the president is undertaking right now to make bold, far-reaching investments that will deliver on his commitments,” U.S. national security adviser Jake Sullivan told reporters on Tuesday.

That enthusiasm may be tested in Glasgow.

U.S. climate envoy John Kerry has been traveling the world on Biden’s behalf to press other nations to set ambitious targets to cut their emissions and he, too, was eager to have legislation finished to bolster the U.S. pitch at COP26.

The administration has joined with the EU to organize more than 30 countries including Canada, Germany and Mexico in a pledge to slash methane emissions by 30% by 2030 from 2020 levels. The pact covers 30% of global methane emissions.

But at home a measure in the legislation to place a fee on domestic emissions of methane, a potent greenhouse gas, was at risk of being watered down or cut.

That could leave it up to Biden’s environmental regulators to craft rules to cut the emissions, rules that could be tough to protect from lawsuits.