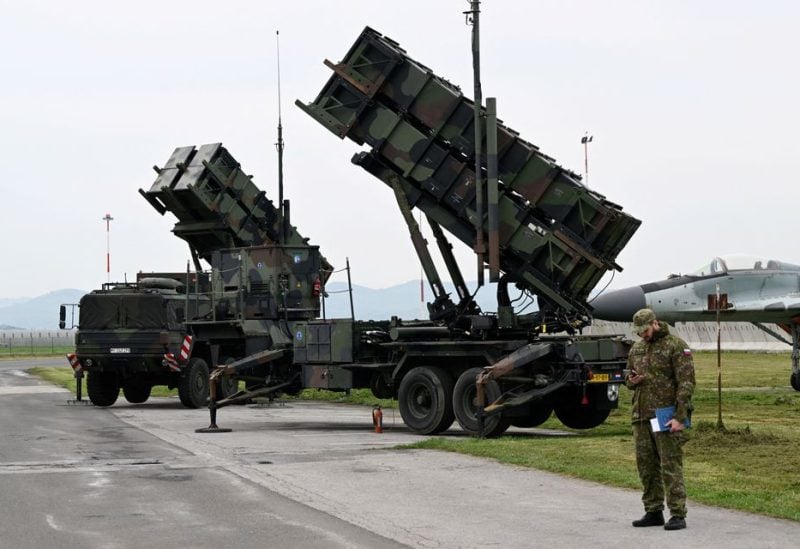 Patriot missile defence system is seen at Sliac Airport, in Sliac, near Zvolen, Slovakia, May 6, 2022. REUTERS

Three U.S. sources told Reuters on Tuesday that the US is putting the finishing touches on its decision to provide the Patriot missile defense system to Ukraine, which could be revealed as soon as this week.

In order to defend itself against a significant Russian missile barrage, including attacks on its energy infrastructure, Ukraine has asked its Western allies for air defenses, particularly Patriot systems built in the United States.

Two of the officials, speaking on condition of anonymity, said the announcement could come as early as Thursday but was awaiting formal approval from U.S. Defense Secretary Lloyd Austin and President Joe Biden.

One of the officials said Ukrainian forces would likely be trained on the missile defense system in Germany before the Patriot equipment was sent to Ukraine.

It was not immediately clear which version of the Patriot missile defense system would be provided to Ukraine, its range or how many units would be sent.

Former Russian President Dmitry Medvedev has warned NATO against providing Ukraine with Patriot missile defenses, and it is likely Moscow will view the defensive support as an escalation.

The Pentagon says Russia’s recent surge in missile strikes in Ukraine is partly designed to exhaust Kyiv’s supplies of air defenses and finally achieve dominance of the skies above the country.

For that reason, the United States and its allies have been focused on delivering more air defenses for Ukraine, providing everything from legacy Soviet-era systems to more modern, Western ones.

This has included the NASAMS air defense systems for the United States, which according to the Pentagon have flawlessly intercepted Russian missiles in Ukraine.

The Patriot system normally contains the launchers along with a radar and other support vehicles and is employed against more sophisticated threats like as aircraft, cruise missiles, and ballistic missiles.

Since Russia’s invasion of Ukraine began on February 24, the United States has given Ukraine $19.3 billion in military aid.