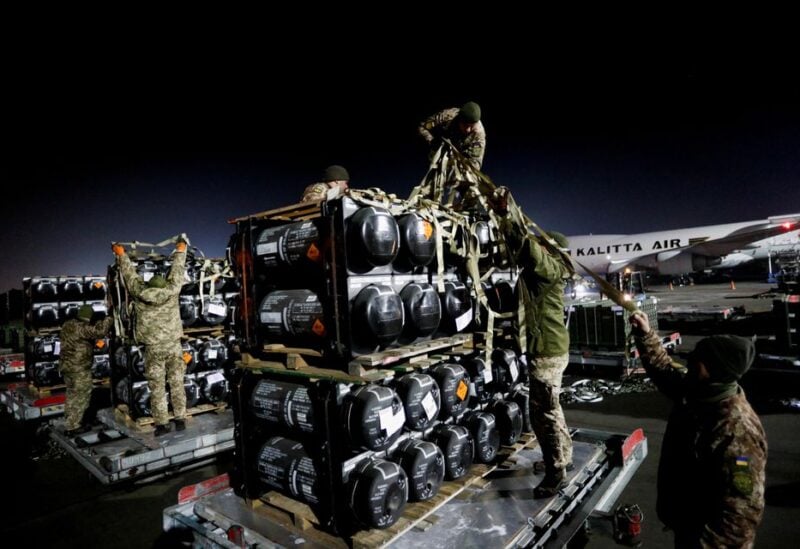 A White House spokesman told reporters on Friday that as the crisis with Russia is poised to enter its sixth month and violence rages in eastern Ukraine, the United States is looking into the possibility of sending American-made fighter jets to Ukraine.

Although the Biden administration was conducting preliminary research on the viability of perhaps giving the jets to Ukraine, the action would not be taken right away, White House spokesman John Kirby told reporters in a briefing.

“It’s not something that would be executed in the near-term,” Kirby said.

Such a move would be a major increase in U.S. support for Ukraine in its battle against Russia. So far the United States has provided $8.2 billion in security aid for Ukraine.

Kirby also disclosed details of the latest U.S. arms package for Ukraine, which totaled $270 million to aid in its defense against Russian aggression, including $100 million for drones.

The package includes another tranche of up to around $175 million for other defense aid, a separate White House memo said.

It would include more high mobility artillery rocket systems (HIMARS) and other weapons that Ukrainians are using on the battlefield, U.S. Secretary of State Antony Blinken said in a statement.

The additional U.S. funding comes as Ukraine seeks to fend off Moscow as the worst conflict in Europe since World War Two continued into its fifth month.

President Volodymyr Zelenskiy this week said his forces could inflict major damage on Russia as Kyiv leans on Western weapons in planned efforts to launch a counterattack and recapture territory.