U.S. embassy ‘dismayed’ over violence against journalists in Mexico 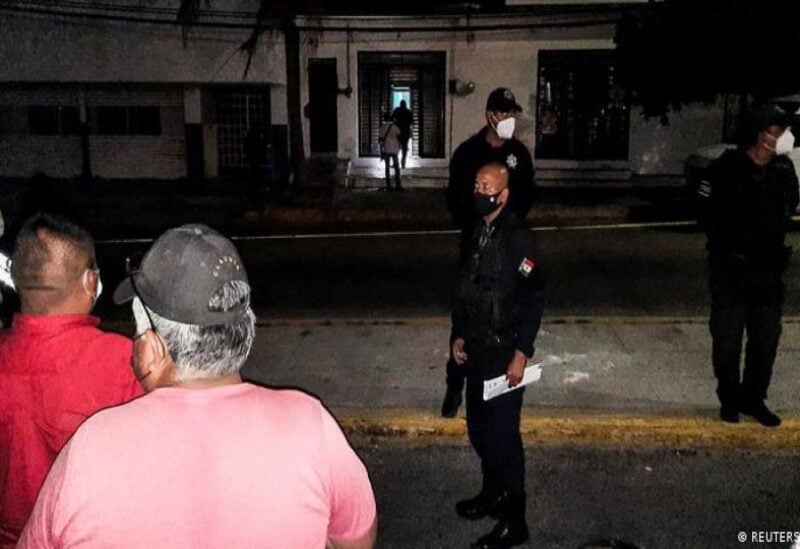 Police officers guard the perimeter of a scene where Heber Lopez, an independent journalist

The US administration expressed alarm on Saturday about persistent violence against journalists in Mexico, two days after a reporter was killed.

“We’re saddened by the situation journalists are confronting in Mexico,” the US embassy in Mexico wrote on Twitter, describing journalist Heber Lopez’s tragic shooting in southern Mexico as a “loathsome” incident.

The assassination was the latest in one of the most brutal times in recent Mexican history for journalists.

The embassy stated that a comprehensive inquiry was “important” in catching those responsible.

On Friday, Mexican President Andres Manuel Lopez Obrador condemned Lopez’s assassination and warned the killers would face “no impunity.” His government announced the arrest of two people and promised to investigate the matter further.

Nonetheless, Lopez Obrador mentioned the pay of a journalist who has been critical of his government during the same press conference.

Since a story detailing the ostensibly lavish lifestyle enjoyed by one of the president’s sons in Texas was released by a prominent broadcaster and another news agency, Lopez Obrador has publicly chastised Carlos Loret de Mola.

On Friday, the president revealed the amount of money Loret made in 2021, calling him “corrupt” and “mercenary,” among other derogatory terms.

Loret retaliated, accusing the president of pursuing him because he questioned the son’s income, and claiming that the salary claims were false, putting him in risk.

Later, the Mexican data protection institution stated that any complaint alleging that the revelations violated Loret’s rights will be investigated.

According to the Committee to Protect Journalists, at least five journalists or media workers have been slain in Mexico this year, making it one of the world’s most hazardous countries for the profession.