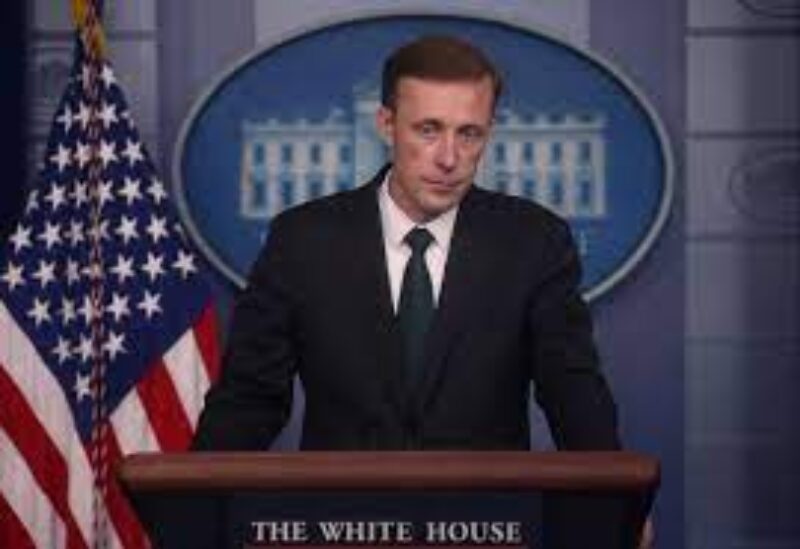 The National Security Adviser to US President Joe Biden will meet with China’s Top Diplomat Yang Jiechi in Switzerland on Wednesday, following up on a vow by both countries to improve communication amid a developing strategic competition.

The summit in Zurich comes at a time when tensions between the world’s two largest economies are at an all-time high over a variety of topics, including Taiwan. It will be the first face-to-face encounter between US national security advisor Jake Sullivan and Yang since their tense exchanges in Alaska in March, which also included US Secretary of State Antony Blinken.

The discussion comes after Biden’s Sept. 9 chat with Chinese President Xi Jinping, according to the White House, “as we continue to endeavor to responsibly manage the competition between the United States and the People’s Republic of China.”

That call brought an end to a nearly seven-month period of no direct communication between the two leaders, and they emphasized the importance of ensuring that their rivalry did not devolve into confrontation, with ties at their lowest point in decades.

Yang and Sullivan will “share perspectives on China-US ties and important problems” during their Zurich encounter, according to a brief statement released by China’s foreign ministry on Wednesday.

Blinken, who is presently in Paris, spoke with Yang in June, emphasizing the importance of cooperation and transparency about COVID-19’s origins, as well as other difficult issues such as China’s treatment of Uyghur Muslims, Hong Kong, and Taiwan.

The goal of the Zurich meeting, according to a source acquainted with the plans, is to “rebuild communication channels and implement the consensus established” between Xi and Biden, according to the South China Morning Post newspaper in Hong Kong.

With trade tensions also at the top of the U.S.-China agenda, U.S. Trade Representative Katherine Tai, in Paris for Organisation for Economic Co-operation and Development meetings, has said she hopes to hold discussions soon with Chinese counterparts.

On Monday, Tai unveiled the results of a months-long “top-to-bottom” review of China trade policy, pledging to hold “frank” talks with Beijing about its failure to keep promises made in former President Donald Trump’s trade deal and end harmful industrial policies.

The Global Times, a Chinese state-run tabloid, said China is willing to build mutually beneficial trade with the United States but will not make concessions on principle and is not afraid of a drawn-out contest.

“The China-U.S. trade war has lasted for more than three-and-a-half years. Instead of being weakened, China’s economy has taken a step forward in comparison with the scale of the U.S.,” it said.

Since Biden’s inauguration in January, there has been little tangible movement in talks between officials from the two countries. The Biden-Xi talk, according to US officials, was a test of whether direct top-level contact might break an impasse in relations.

Following that call, Biden rejected a media story that Xi had declined Biden’s offer of a first-ever face-to-face meeting as leaders.

Since then, the US has taken a series of moves in conjunction with allies to strengthen its hand against China.

The announcement of AUKUS, a trilateral collaboration between Britain and Australia to furnish the latter with nuclear-powered submarines, is one of them. The “Quad” leaders pledged to promote a free and open Indo-Pacific region “unafraid of coercion” at Biden’s first in-person summit with Australia, India, and Japan.

Sullivan will also go to Brussels and Paris to meet with NATO and European Union officials, as well as update the Europeans on his meeting with Yang, according to the White House.

It said that at NATO he will discuss implementation of a decision at the June NATO summit to modernize the alliance and strategic challenges, and he will talk with EU officials about trade, technology and global economic issues.

“It’s not a thaw. It’s not a re-embrace of engagement,” Evan Medeiros, an Asia specialist during former President Barack Obama’s administration, said of the Zurich meeting. “It’s about getting serious and systematic about competition. That means being very clear about boundaries, our perceptions of their behavior, particularly the recent number of air force strike packages around Taiwan.”

China has blamed the United States for increased tensions over the democratically governed island claimed by Beijing, even as it has conducted an unprecedented number of incursions by its air force into Taiwan’s air defense zone.

Increased communication between senior US and Chinese officials, according to analysts, might allow improvement in some areas of relations, such as allowing more journalists to visit each other’s countries and reopening closed consulates in Houston and Chengdu.

The G20 conference in Italy at the end of the month has been mentioned as a prospective location for a face-to-face Biden-Xi encounter.

“I believe the aim is that it will lead to a Biden-Xi Jinping encounter, which may have to be virtual,” said Bonnie Glaser of the German Marshall Fund of the United States, an Asia expert.