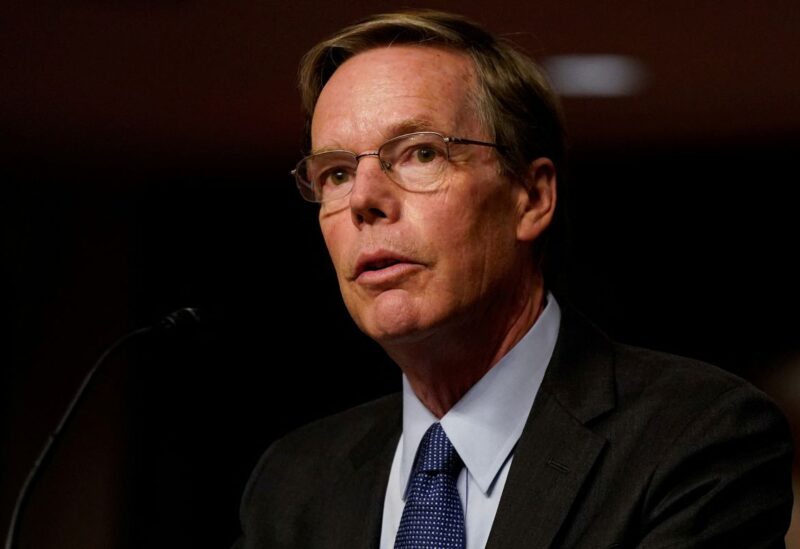 Former ambassador to NATO Nicholas Burns gives his opening statement during the Senate Foreign Relations Committee hearing on his nomination to be the U.S. Ambassador to China, on Capitol Hill in Washington, U.S. October 20, 2021. REUTERS/Elizabeth Frantz

Nicholas Burns, the US ambassador to China, stated on Thursday that he expects Beijing’s “zero COVID” policy to last until early 2023, and that American companies are hesitant to invest in the country until restrictions are eased.

The re-emergence of illnesses in China’s capital Beijing has sparked new fears about the prospects for the world’s second largest economy, which had just emerged from an extended lockdown that rattled global supply networks in Shanghai, its most populated city and commercial powerhouse.

“I think we’re going to have to live with this for a long time,” Burns told an online Brookings Institution event.

“My own assumption is that we’ll see the continuation of ‘zero COVID’ probably into the beginning months of 2023. That’s what the Chinese government is signaling,” Burns said, referring to China’s policy of seeking to stamp out each cluster of new cases, often with strict lockdowns and mass testing.

“I think there’s a hesitancy to invest in future obligations until they can see the end of this,” Burns said of U.S. companies.

Analysts say the Chinese government’s official GDP growth target of around 5.5% for this year will be hard to achieve without doing away with the strategy.

Burns criticized Beijing for censoring on Chinese social media Secretary of State Antony Blinken’s May speech on U.S. policy toward China, in which he said Washington expected Beijing to adhere to international rules.

“We put the speech on Weibo, and WeChat. And it was censored in about two and a half hours. Just taken away,” Burns said, adding that the Embassy reposted it days later and it was again removed.

Burns also said some assessments within China’s government that the United States is in decline and is therefore becoming more aggressive toward China was not accurate and an “excuse”.

“I think what’s changed is the newly aggressive behavior of the Chinese government … over the last five to 10 years. And you’ve seen a counter reaction to that,” he said.