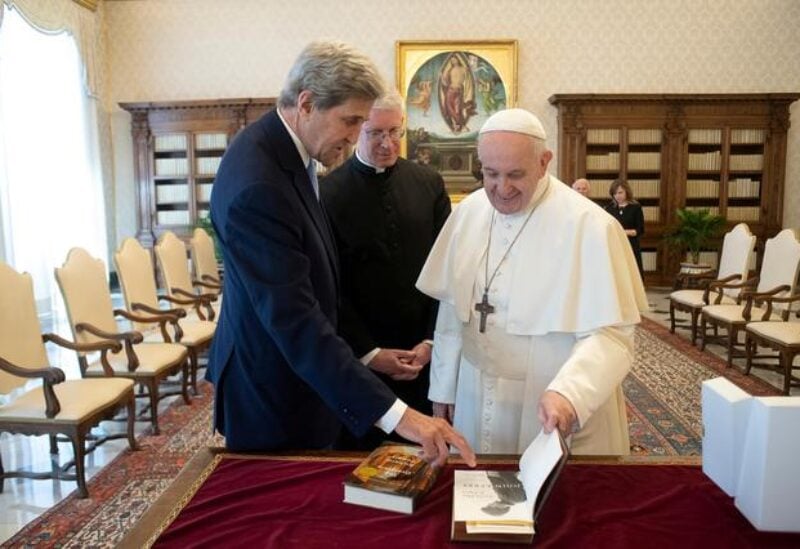 COP26 is being held to address climate change, a challenge which activists, researchers and global leaders are saying could ultimately threaten the planet, in November and could speed up measures by world polluters.

“I think that his voice will be a very important voice leading up to and through the Glasgow conference, which I believe he intends to attend,” Kerry told the official Vatican News outlet after meeting the pope.

There was no immediate confirmation of this from the Vatican.

“Because he is above politics and outside of the hurly-burly of day-to-day, national conflict, I think he can sort of shake people a little bit and bring them to the table with a better sense of our common obligation,” Kerry added.

In front of the summit, Kerry will visit Italy, the UK and Germany for a week’s journey to Europe and meet government officials, business leaders and the Vatican City.

Since becoming pope in 2013, Francis has called on many governments to take drastic measures to fight global warming and reduce the use of fossil fuels since he was electronic and environmental protection.

“In this battle, we need everyone,” said Kerry.