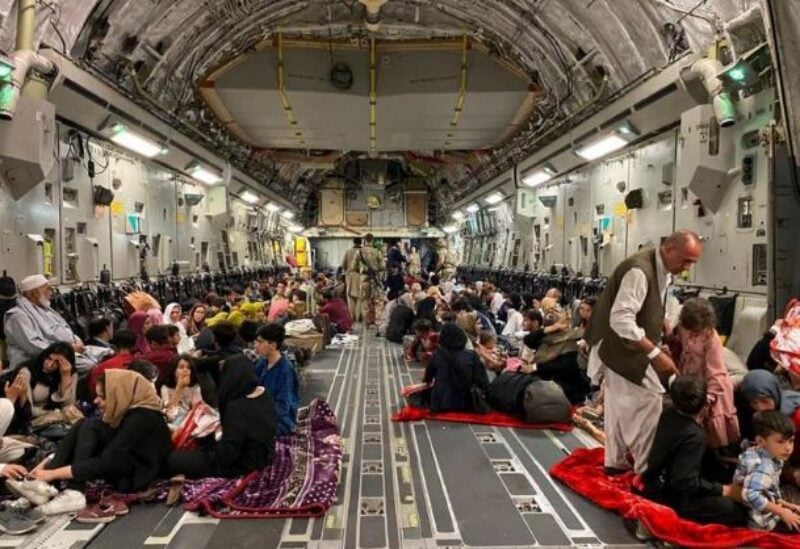 According to a senior U.S. official and others acquainted with the revised plan, a paucity of planes and the search for a new U.S. receiving facility are among the challenges confronting the White House as it tries to expedite the evacuation of at-risk Afghans from their nation.

Other challenges include difficulty getting passports and a lack of cheap housing in the United States, they claim.

The purpose of the revision is “simply to make this more enduring and less of an emergency operation,” a senior US source said, seeking anonymity to discuss internal operations.

The Biden administration has been under pressure to speed up Operation Allies Welcome from lawmakers, veterans groups and others angry that tens of thousands of Afghans who worked for the U.S. government and others at risk of Taliban retaliation were left behind when the last U.S. troops departed in August after 20 years of war.

Human rights organizations and the United Nations say the Taliban has stepped up detentions, abductions and killings. Afghan Interior Ministry spokesman Sayed Khosti has rejected the accusation of reprisal killings, saying no evidence had been presented.

“People left behind are getting more and more desperate and we’re going to start seeing more of the consequences of that, whether mass movement of refugees or meeting grim fates in Afghanistan,” said a second senior U.S. official.

Advocacy groups say Washington should ensure the new plan will not suffer the types of setbacks that have hampered Afghan arrivals.

“We want to see enough resources applied to these issues so that even if one area fails or falters for a moment, there are options to make sure the pipeline isn’t cut off,” said Shawn VanDiver, a Navy veteran and president of #AfghanEvac, a coalition of advocacy groups.

President Joe Biden on Tuesday ordered that up to $1.2 billion be made available for the effort, the largest operation of its kind since the Vietnam era. About 80,000 Afghans have been resettled since August.

The new plan calls for shifting the processing of Afghan evacuees for admission to the United States from reception centers on U.S. military bases that are being closed to a base in the Qatari capital of Doha.

But two U.S.-chartered Qatar Airways flights a week from Kabul to Qatar’s al Udeid military base are needed, with the goal of adding more flights, the U.S. official said.

The flights are the “main challenge,” said the official.

Differences between Qatar and the Taliban triggered a suspension of regular charters before Christmas.

“We’re hoping we can get to regular order,” the U.S. official said.

The Qatar Embassy and foreign ministry did not immediately respond to requests for comment.

Qatar has told Washington it intends to close the reception center in September ahead of the World Cup, the U.S. official confirmed. The official said the U.S. was looking for alternatives, including reopening the air base center after the World Cup.

Once Afghan evacuees are processed for admission, they will be flown to the U.S. and placed with relatives or friends, provided housing by resettlement agencies or sent to a the planned reception center to help them resettle.

The Biden administration has housed tens of thousands of such evacuees on bases in the United States while their admission and resettlement arrangements were finalized.

The Pentagon has been closing those reception centers, with the last two expected to shutter this month, a U.S. Department of Homeland Security (DHS) official said, after the roughly 6,500 people there have been processed.

One of those two centers will remain open until the administration finds a civilian site, but a location has not been selected yet, the senior U.S. official and a congressional source said.

The State Department plans to process Afghans for refugee status within 30 days beginning in March, two U.S. officials said. That is far faster than typical refugee processing, which can take years.

To be sure, that creates additional challenges that the second senior U.S. official said would be difficult to surmount.

Speeding up the operation, the second senior official said, will require an agreement with the Taliban to prioritize passports for evacuees or a deal with Qatar to allow travel without them, more U.S. officials in Doha to process evacuees, and a “higher tolerance of risk to speed up vetting.”

Afghans entering the United States through the refugee resettlement program will be able to proceed directly to their destinations on U.N.-funded flights.

The department also will complete the processing in Doha of tens of thousands of Afghans who worked for the U.S. government and have applied for Special Immigration Visas (SIVs), according to the official and two congressional aides.

The goal is to process and fly to the United States 1,000 refugees and 1,000 SIV recipients a month, the official said.