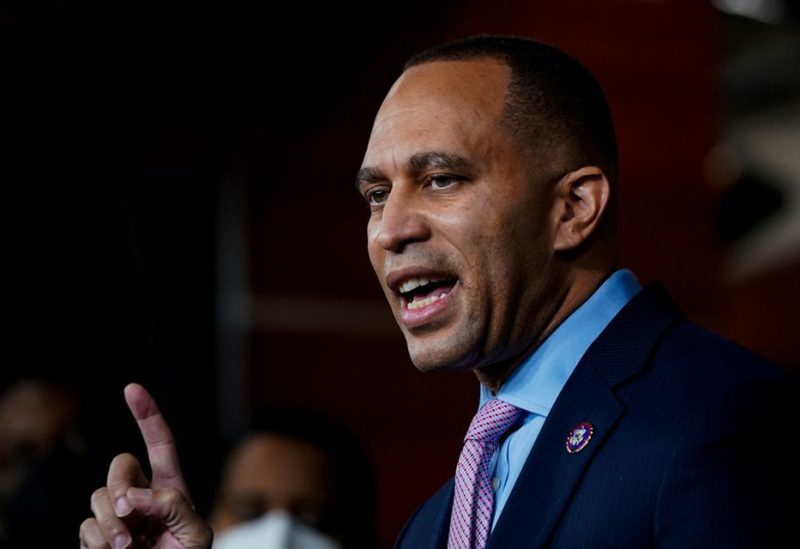 On Wednesday, Democrats in the U.S. House of Representatives were ready to hand the reins of party leadership to a new generation, bringing an end to the Nancy Pelosi era and ushering in the eagerly anticipated Hakeem Jeffries era.

52-year-old New Yorker Jeffries is seeking to lead the Democratic Party in the House for the following two years. He would be the first Black person to hold a top party leadership position in the House or Senate if he is chosen as expected during the secret balloting.

When he formally announced his candidacy on Nov. 18, following a decade in the House, Jeffries pledged to preside over a caucus that would return power to committee members and give junior lawmakers more say in shaping legislation and being rewarded with high-profile positions.

“Meaningful policymaking and public engagement opportunities should be robustly distributed regardless of length of service,” Jeffries wrote in a letter to fellow Democrats.

There were no apparent challengers to Jeffries.

The regime change for Democrats comes at a time when Republicans are set to take majority control of the House on Jan. 3 as a result of the Nov. 8 midterm elections.

That majority will be slim, with no more than a handful of seats.

Nonetheless, Republicans, including their leader Kevin McCarthy who wants to become the next speaker, have put Democrats on notice that they will hit the ground running, launching investigations of administration officials and even President Joe Biden himself and his son, Hunter.

Following years in which both parties paid little to no attention to growing budget deficits and a national debt that now exceeds $31.3 trillion, they also claim they desire significant expenditure cuts. A key item on the Republican agenda that Democrats will contest is tough new border security measures.

Republicans focused heavily on combating inflation during their 2022 congressional campaigns, but since barely taking control of the House, they have talked little about it.