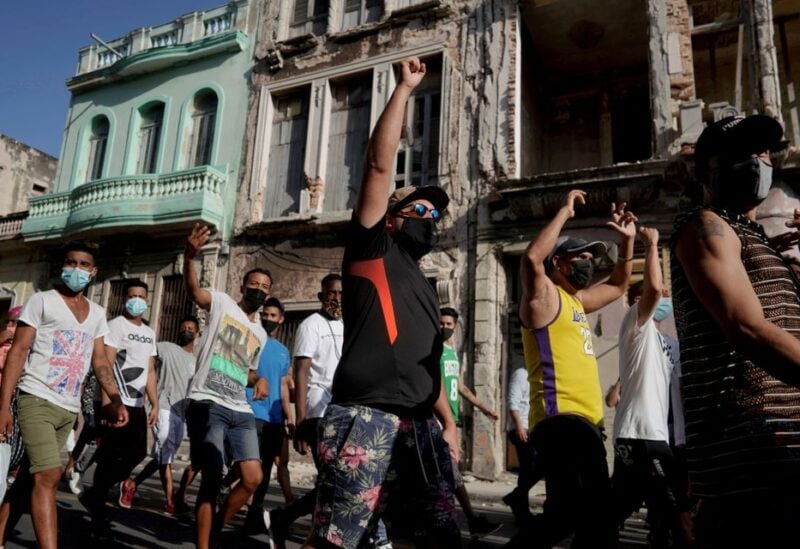 People shout slogans against the government during a protest against and in support of the government, amidst the coronavirus disease (COVID-19) outbreak, in Havana, Cuba July 11, 2021. REUTERS/Alexandre Meneghini

The U.S. Treasury Department said on Thursday it had imposed sanctions on three Cuban officials it said were involved in the suppression of protests on the island that began on July 11.

In a statement, the department said it took the action under the Global Magnitsky Act program, which freezes the assets of those who U.S. officials believe are involved in human rights abuses and blocks Americans from doing business with them.

The new sanctions were the fourth round of measures Washington has taken against Cuban officials and entities since the protests began.

Those newly sanctioned included the chief of the Central Army and the deputy chief of the General Staff Revolutionary Armed Forces, who Treasury said were connected to units deployed to suppress peaceful demonstrators.

Treasury also blacklisted a top prison official responsible for the treatment of more than 800 people detained in response to the protests, it said.

“The Treasury Department will continue to hold accountable those who enable the Cuban government to perpetuate human rights abuse,” said Andrea Gacki, director of Treasury’s Office of Foreign Assets Control.