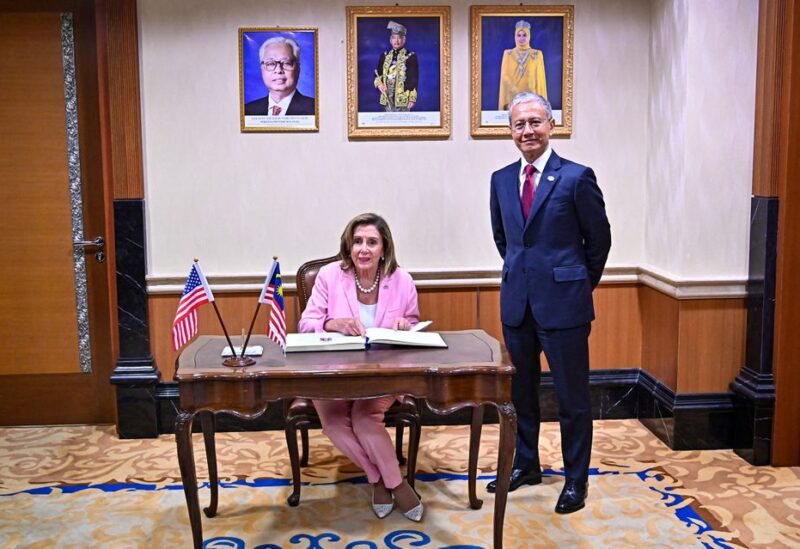 As US House Speaker Nancy Pelosi arrived in Taipei on Tuesday amid escalating Chinese warnings, four US warships, including an aircraft carrier, were positioned in seas east of the island on “regular” deployments.

A US Navy official confirmed to Reuters on Tuesday that the carrier USS Ronald Reagan had transited the South China Sea and was now in the Philippines Sea, east of Taiwan and the Philippines and south of Japan.

The Reagan is headquartered in Japan and is accompanied by a guided missile cruiser, the USS Antietam, and a destroyer, the USS Higgins.

“While they are capable of responding to any situation,” the official, who spoke on the condition of anonymity, explained. The official went on to say that they were unable to comment on specific areas.

The USS Tripoli, an amphibious assault ship, was also in the vicinity, according to a US Navy official, as part of a deployment to the region that began in early May from its home port of San Diego.

People briefed on the situation said Pelosi, a long-time China critic, was due to arrive in Taipei later Tuesday, as the US declared it would not be frightened by Chinese “saber rattling” over the visit.

The confirmation of the deployments comes as evidence of military action on both sides of the Taiwan Strait emerges ahead of Pelosi’s arrival.