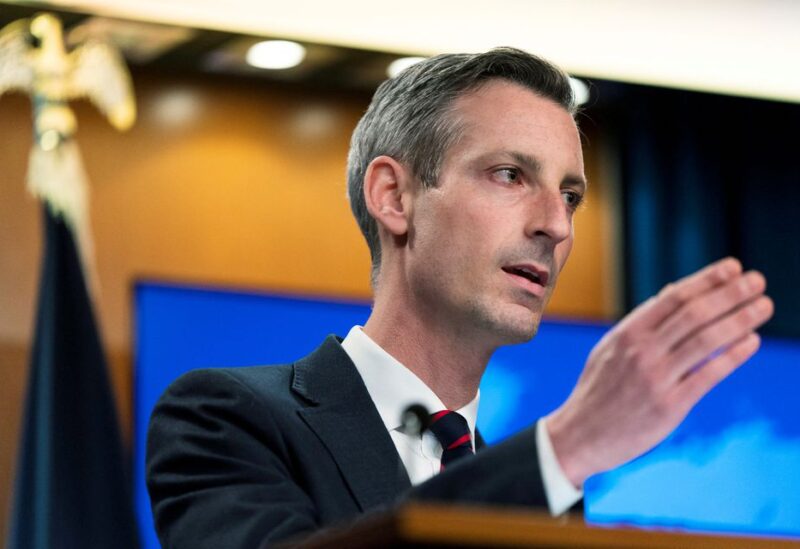 The State Department declared on Tuesday that the United States is not aiding or encouraging Ukraine to launch attacks beyond its boundaries after Ukraine appeared to have discovered a way to travel hundreds of kilometers into Russian air space by attacking air bases.

According to Moscow, attacks on Monday resulted in the deaths of three of its personnel, four injuries, and damage to two jets. Another drone attack destroyed a third Russian airport in Kursk, which is closer to Ukraine, on Tuesday.

He added, however, that there was no confirmation the strikes were carried out by Ukraine.

The government in Kyiv did not directly claim responsibility for the strikes, but nonetheless celebrated them.

Price said the United States has not provided Ukraine with weapons that are to be used within Russia.

In the strike on Tuesday, officials in the Russian city of Kursk, around 90 km (60 miles) north of the Ukraine border, released pictures of black smoke above an airfield. The governor said an oil storage tank had gone up in flames but there were no casualties.

The day before Russia said it had been hit hundreds of kilometers from Ukraine by what it said were Soviet-era drones – at Engels air base, home to Russia’s strategic bomber fleet, and in Ryazan, a few hours’ drive from Moscow.

It was not the first time Russia had accused Ukraine of using drones for attacks inside its borders since beginning its war against Ukraine in late February.

Although it did not name any specific military targets for what Ukraine claimed were Moscow’s most recent assaults on civilian infrastructure, Russia retaliated with what it called a “massive strike on Ukraine’s military control system.”

Homes were demolished and power was cut out across Ukraine by missiles, although the impact seemed less severe than that of the barrages that plunged millions of Ukrainians into darkness and cold earlier this month.

According to Price, Washington wants to periodically gather allies from Europe and other parts of the world to help Ukraine with its energy requirements.

Moscow argues that strikes on Ukraine’s civil infrastructure have a military basis. Kiev claims the attacks are war crimes because they are meant to harm civilians.