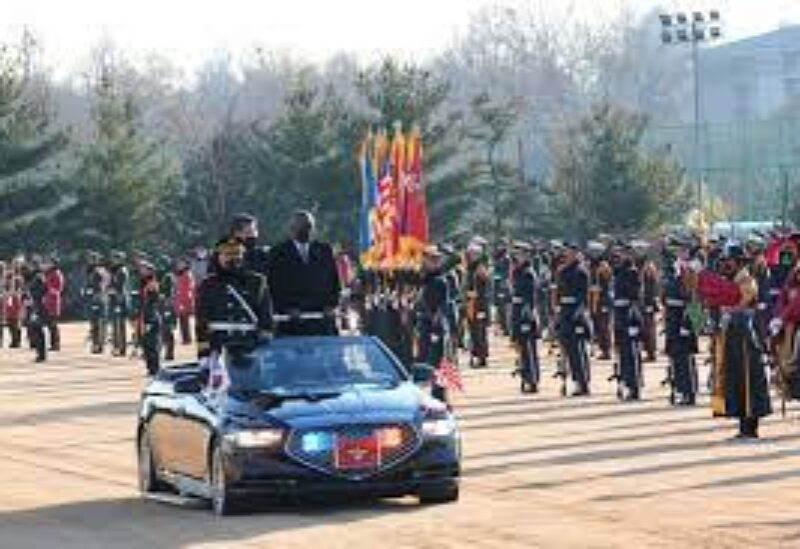 The military chiefs of the United States and South Korea said on Thursday that they will evaluate and improve methods of deterring North Korea, while emphasizing Seoul’s expanding regional role.

North Korea’s missile and weapons development is becoming increasingly disruptive for regional security, according to US Defense Secretary Lloyd Austin, following meetings with his South Korean colleague, Suh Wook, although the two sides also discussed matters outside the Korean peninsula.

Their joint statement reiterated “the necessity of keeping peace and stability in the Taiwan Strait” for the first time.

It mirrored language used for the first time by South Korean President Moon Jae-in in May when he met with U.S. President Joe Biden in Washington. It’s a sensitive issue for South Korea, which has tried to balance its economic relationship with China with Washington’s push for allies to counter Beijing’s growing power.

The statement came the same day that South Korea’s national security adviser travelled to China to meet its top diplomat. It also followed remarks on Wednesday by Japan’s former prime minister, Shinzo Abe, suggesting that a Chinese invasion of Taiwan would be a danger for Japan.

Austin and U.S. Army General Mark Milley, chairman of the Joint Chiefs of Staff, were in Seoul for the first such annual military talks with South Korean officials since Biden took office in January, and the last before Moon leaves office in May.

North Korea has continued to rebuff U.S. entreaties for diplomacy since Biden took over from Donald Trump, who had three summits with leader Kim Jong Un.

The United States calls on the North to engage in dialogue, Austin told a news conference, saying diplomacy is the best approach to pursue with North Korea, backed up by a credible deterrent.

This week the Pentagon released a global posture review that calls for additional cooperation with allies and partners to deter “potential Chinese military aggression and threats from North Korea,” including a previously announced decision to permanently base an attack helicopter squadron and artillery division headquarters in South Korea.

The United States stations about 28,500 troops in South Korea as a legacy of the 1950-1953 Korean War, which ended in an armistice but not a peace treaty.

A changing security environment prompted the United States and South Korea to agree to update strategic guidance about how they plan for a potential conflict with North Korea, as well as review their combined military command, Suh said.

“The Strategic Planning Guidance from 2010 still remains effective, but we’ve shared the need for a new war plan that could reflect evolving threats from North Korea and changes from our own defence reform and a combined command structure, as well as overall strategic environment,” he said at the news conference.

U.S. and South Korean officials cautioned that the updates to the war plans are routine and not a preparation for war.

Currently, the United States would command allied troops in the event of war, but South Korea has been seeking to gain “operational control” (OPCON).

Moon’s goal of OPCON transfer by the time he leaves office could not be achieved, as a scheduled joint review was not conducted amid the COVID-19 pandemic.

But Suh said the two sides made progress on meeting conditions for OPCON transfer to South Korea and agreed to assess the future command’s full operational capability next year.

The United States reaffirmed its commitment to providing extended deterrence to South Korea, including using its nuclear weapons, along with convention and missile defense capabilities.

But America’s approach to nuclear deterrence could change. Biden is carrying out a review of U.S. nuclear weapons policy, with hopes for a more tailored role for nuclear arms, experts say.

It’s unclear whether Biden might break precedent by declaring a “no first use” policy, a move that critics say would weaken U.S. deterrence.