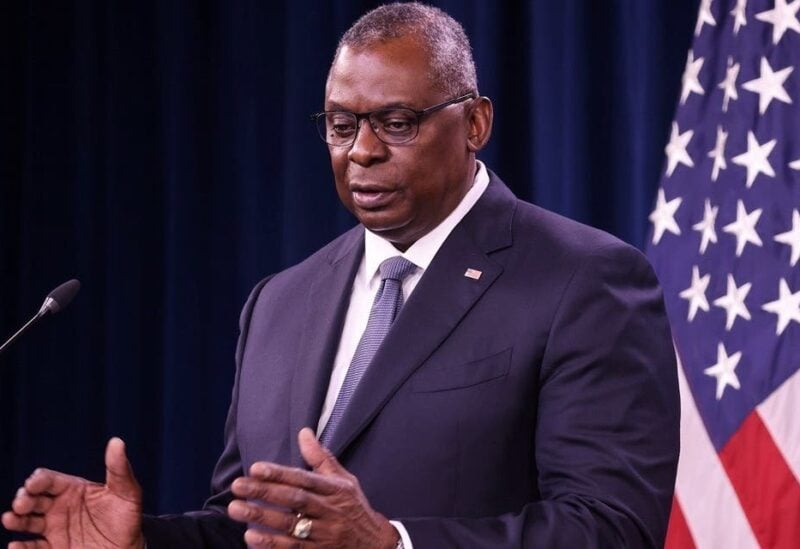 US Defense Secretary Lloyd Austin discusses the end of the military mission in Afghanistan at the Pentagon, Sept. 1, 2021. (Reuters)

Russia’s invasion of Ukraine has foreshadowed “a possible world of tyranny and turmoil,” according to US Defense Secretary Lloyd Austin, speaking at a security forum in Canada on Saturday.

Austin’s remarks on the importance of the international community assisting Kyiv to prevail after nearly nine months of war were some of his most forceful to date, and they came at what could be a watershed moment in the conflict.

After a series of battlefield defeats, Russia is aiming punishing missile strikes at Ukraine’s energy infrastructure that could leave millions of civilians exposed to the winter cold. Moscow hopes to exhaust Ukraine’s missile defenses, and buy time to reset its forces, Pentagon officials say.

Austin said Russia was breaking the laws of war.

The United States and its allies have helped provide arms, intelligence and training to Ukrainian forces, while stopping short of directly intervening in a war against nuclear-armed Russia.

Austin said the United States wouldn’t get dragged into Russian President Vladimir Putin’s “war of choice,” but warned of the risks of global nuclear proliferation if Moscow were to prevail.

“Putin’s fellow autocrats are watching. And they could well conclude that getting nuclear weapons would give them a hunting license of their own,” Austin said. “And that could drive a dangerous spiral of nuclear proliferation.”

Austin said Chinese aircraft were flying near self-ruled Taiwan in record numbers almost daily, while the number of what he called “dangerous intercepts” by China of U.S. or allied forces at sea or in the air were increasing.

Tensions between Taipei and Beijing have risen since China staged war games near the democratically-governed island in August after a visit by U.S. House Speaker Nancy Pelosi.

Beijing, which views Taiwan as a Chinese province, has long said it would bring the self-governed island under its control and has not ruled out the use of force to do so.

The government in Taipei rejects Beijing’s claims and says only Taiwan’s people can decide its future.

Austin said the United States was drawing on the lessons of Ukraine to “bolster the self-defense capabilities of our Indo-Pacific partners.”