U.S. says to defend “every inch” of NATO as nuclear planning group meets 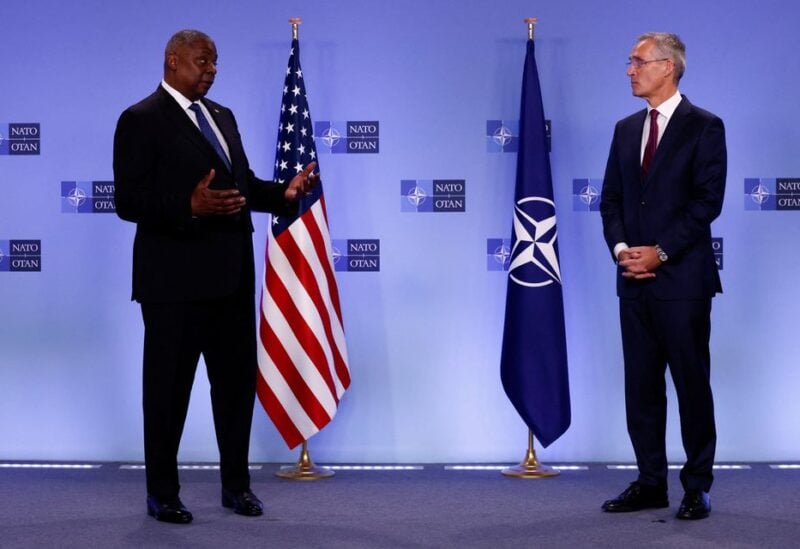 The US reaffirmed its commitment to defend “every inch” of NATO territory ahead of Thursday’s talks among the alliance’s defense ministers, which will include closed-door discussions by the alliance’s nuclear planning group.

“We are committed to defending every inch of NATO’s territory – if and when it comes to that,” Austin said.

Austin spoke shortly before attending a meeting by NATO’s Nuclear Planning Group, which is NATO’s senior body on nuclear matters and handles policy issues associated with its nuclear forces.

NATO’s website says its nuclear policy is under “constant review, and is modified and adapted in light of new developments.”

President Vladimir Putin escalated his rhetoric and military activity in Ukraine after his military was beaten back on several fronts over the past month.

He has declared a mobilisation of troops, rained down missiles across Ukraine and proclaimed the annexation of Ukrainian territories – and threatened to defend them with nuclear weapons.

A senior NATO official said on Wednesday a Russian nuclear strike on Ukraine would “almost certainly be drawing a physical response from many allies, and potentially from NATO itself,” without elaborating.

U.S. National Security Adviser Jake Sullivan said last month the United States has made clear to Moscow the “catastrophic consequences” it would face if it used a nuclear weapon in Ukraine.

Sullivan did not publicly describe the nature of the planned U.S. response, however.

Diplomats say Moscow is trying to scare the West into reducing its support for Kyiv by hinting at the use of a tactical nuclear weapon to defend the annexed territories of Ukraine.

Meanwhile, NATO said it would go ahead with its annual nuclear preparedness exercise dubbed “Steadfast Noon” next week, in which NATO air forces practise the use of U.S. nuclear bombs based in Europe with training flights, without live weapons.

Cancelling the drills because of the war in Ukraine would send a “very wrong signal,” NATO chief Jens Stoltenberg said on Tuesday.

Nearly 50 countries gathered at NATO headquarters on Wednesday and committed to arming Ukraine through the winter and beyond, including with new air defenses.

Austin said on Thursday that support was opened-ended.

“We’re going to stay with our efforts to support Ukraine for as long as it takes,” Austin said alongside NATO Secretary-General Jens Stoltenberg.

“This just shows that we need to stand up for the rules-based international order, for our core values,” Stoltenberg said.

Thursday’s agenda at NATO headquarters in Brussels includes discussions on how to give a clear signal to industry to ramp up arms production both for internal needs, as well as to support Ukraine’s defense.

Allies will also discuss ways to improve protection of their critical infrastructure, after apparent attacks on the Nord Stream pipelines contributed to heightening tensions. It remains unclear who was behind the explosions under the Baltic Sea.

NATO told Moscow on Tuesday it would meet attacks on allies’ critical infrastructure with a “united and determined response.”

Stoltenberg has pledged to boost the protection of critical infrastructure in response to the Nord Stream attacks, saying the alliance had already doubled its presence in the Baltic and the North Seas to over 30 ships supported by aircraft and undersea activities.