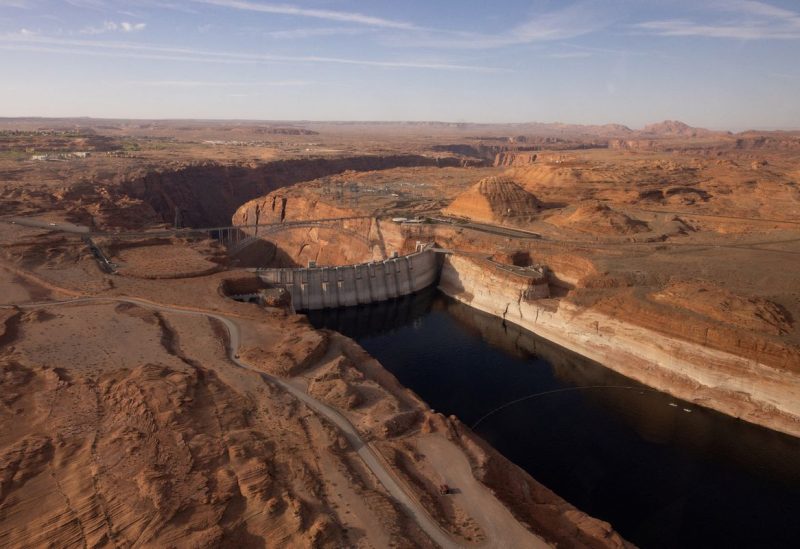 An aerial view of Lake Powell is seen, where water levels have declined dramatically to lows not seen since it was filled in the 1960s as growing demand for water and climate change shrink the Colorado River and create challenges for business owners and recreation in Page, Arizona, U.S., April 20, 2022. REUTERS/Caitlin Ochs/

The US government warned California, Arizona, and Nevada on Friday that it may impose water supply cuts to protect the Colorado River and its two main reservoirs from overuse, drought, and climate change.

The United States Bureau of Reclamation announced three possible action plans: one to impose cutbacks, another to allow western states to work out their own reduction plan, and a third, and least likely, option to take no action.

The bureau, part of the Department of Interior, had previously set a mid-August deadline for seven western states to negotiate their own reductions or possibly face mandatory cutbacks.

When the deadline passed, federal officials gave the states more time to reach a deal affecting the water supply of 40 million people. While federal officials still prefer a negotiated settlement, that time appears to be running out, as the bureau said it would stop hearing public comments on the proposals on Dec. 20.

“We are committed to taking prompt and decisive action necessary to protect the Colorado River System and all those who depend on it,” Interior Secretary Deb Haaland said in a press statement.

The seven states operate under a 100-year-old compact distributing Colorado River water, but that agreement has come under increasing strain from the worst drought in 1,200 years, which has been exacerbated by climate change.

A century ago, the compact assumed the river could provide 20 million acre-feet of water each year. The river’s actual flow the past two decades has averaged 12.5 million acre-feet, leaving state water managers with more rights on paper than water that exists in the river.

Friday’s notice said that among the cutback options being considered was decreasing the amount of water set aside for consumption in the 2023/24 water year by the three states of the so-called Lower Basin: California, Arizona and Nevada.

The Upper Basin states of Colorado, New Mexico, Utah and Wyoming would be spared for now, but are still being asked to participate in negotiations to cut usage by an unprecedented 15% to 30%.

Lake Mead was at 29% of capacity on Friday and Lake Powell 24%. If they fall much lower, they will be unable to generate hydroelectric power for millions in the west.