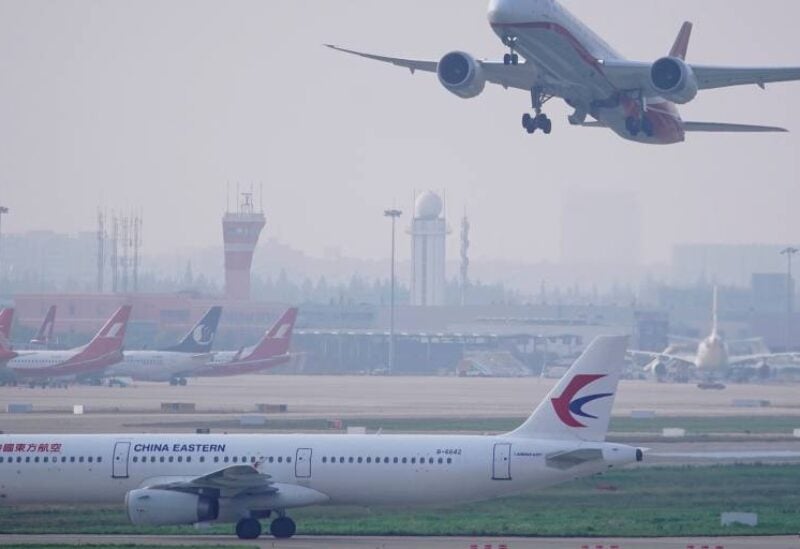 The US Transportation Department announced on Wednesday that it will limit some flights operated by Chinese carriers to 40 percent passenger capacity for four weeks, following the Chinese government’s imposition of similar restrictions on four United Airlines flights.

China informed United on August 6 that it was imposing sanctions after five passengers on a flight from San Francisco to Shanghai tested positive for COVID-19 on July 21.

According to the US order, the department will limit each of four Chinese carriers to 40 percent capacity on a single China-US flight over a four-week period.

United Airlines said it was “pleased to see this action by the (Transportation Department) in pursuit of fairness in this important market.”

The Chinese embassy in Washington did not immediately comment.

positive for COVID-19 after their arrival in China.”

The department added carriers “have no means to independently verify positive test results alleged by Chinese authorities. Furthermore, there is no way to establish where or when a traveler may have contracted” the virus.

The limits were imposed on four Wednesday United

The Biden administration said it will impose identical limits on four flights over four weeks – one each from Air China, China Eastern Airlines, China Southern Airlines Co and Xiamen Airlines.

The limits come as many Chinese students are headed to the United States for the start of fall classes.

Since the COVID-19 pandemic, China and the United States have sparred over air services.

In June 2020, the United States threatened to bar Chinese passenger flights after Beijing did not immediately agree to restore flights by U.S. airlines.

Following the coronavirus outbreak, US carriers voluntarily halted flights to China. On January 31, 2020, then-President Donald Trump barred nearly all non-U.S. citizens who had been in China within the previous 14 days from traveling to the United States.

A long-standing air agreement between China and the United States allows both countries to operate more than 100 weekly flights between the two countries, but only a fraction of those flights are currently in service.