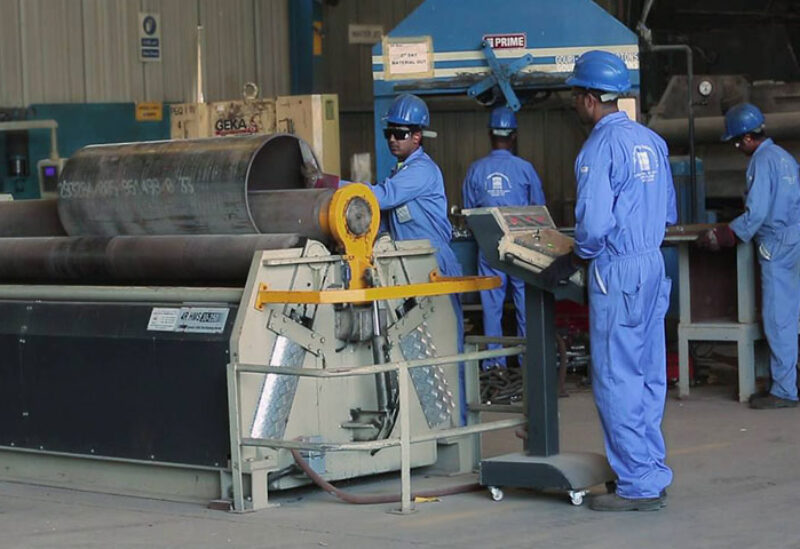 The UAE will increase manufacturing’s contribution to the country’s economic output to $81 billion over the next decade as it embarks on a national program to boost local production and create world-beating light and heavy industries.

It will “achieve a giant leap in the UAE’s industrial sector to become the main driving force of the national economy and lead the journey of our next 50 years with greater confidence and speed,” said Sheikh Mohammed bin Rashid. “Developing the industrial sector and achieving self-sufficiency in some vital sectors safeguards our economy against emerging global crises.”

Sheikh Mohamed bin Zayed said the strategy sets “an ambitious objective to double the industrial sector’s contribution to the GDP and increase the in-country value. The comprehensive national programme builds on the country’s investment benefits to lead a sustainable economic development in line with national priorities for the post-Covid-19 phase”.

“The UAE’s Industrial Strategy brings together the private and public sectors to re-imagine the future of industries. It is a determination to build our nation’s knowledge and expertise and forge our path towards long-term sustainable growth that benefits people and planet,” said Sheikh Mohamed bin Zayed on Twitter.

“We need to unify efforts of national teams to achieve the objectives of the strategy and support the country’s sustainable economic diversification efforts,” he said.

“The industrial strategy will empower our national industries and lead the country’s efforts to advance the industrial sector as a major driver of the national economy over the next 50 years.”

The initiative, which will raise the manufacturing sector’s contribution from the current level of Dh133bn, is being led by the Ministry of Industry and Advanced Technology.

It includes a target of establishing 13,500 industrial companies. A ‘Make it in the Emirates’ marketing campaign will also highlight the benefits of being a manufacturer in the country, as well as building the reputation for quality. The announcement included an increase in R&D investment to Dh57bn from Dh21bn in the industrial sector by 2031. That would increase R&D’s proportion to GDP to 2 per cent from 1.3 per cent currently.