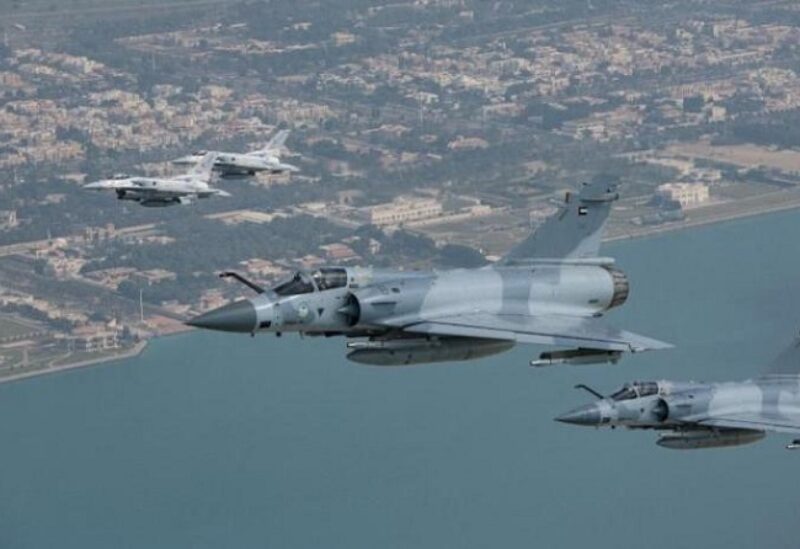 The UAE defense industries have proven their efficiency on the field in many missions carried out by the UAE Armed Forces. (WAM)

He explained that such preparedness is only possible thanks to the support and directives of the wise leadership headed by President Sheikh Khalifa bin Zayed Al Nahyan, Sheikh Mohammed bin Rashid Al Maktoum, Vice President, Prime Minister and Ruler of Dubai, and Sheikh Mohamed bin Zayed Al Nahyan, Crown Prince of Abu Dhabi and Deputy Supreme Commander of the UAE Armed Forces.

In an exclusive interview with the Emirates News Agency (WAM), Al Bowardi said the security challenges imposed by the latest developments in the region and the world require greater flexibility in expanding the options for armament sources. “We will not hesitate to take necessary measures to protect our national interests.”

“The option of strengthening the local defense industry is no longer a luxury, but rather a strategic choice necessitated by the data that govern the global scene,” he added. “The UAE armed forces will continue its contribution to enhancing regional and global security through international alliances aimed at combating terrorism and extremism, under the umbrella of international legitimacy and consensus.”

Moreover, the minister stressed that the UAE Armed Forces showed complete readiness in dealing with the recent security threats that targeted the country. He noted that these threats were no coincidence, but rather a result of what he described as “international negligence” in addressing security breaches caused by ideological militias in more than one country in the region dating back to the 1980s.

Al Bowardi continued: “There is no doubt that the geopolitical scene in the Middle East has been the most entangled and complex over the past five decades, which required keeping pace and preparation. This is what inspired the UAE leadership’s keenness on building armed forces capable of defending the country with high efficiency, protecting its security, interests and gains, as well as supporting efforts to maintain regional and global security.

“Our armed forces are fully prepared and ready to defend the UAE, protect it from various threats and preserve its security, sovereignty, independence and territorial integrity.”

On the occasion of the 46th UAE Armed Forces Unification Day, the minister said, “The exemplary status that our Armed Forces have achieved since the decision to unify them in 1976, and their classification as one of the region’s best armies in terms of training, professionalism and arms, was is not the product of chance. Rather, it is a manifestation of our wise leadership’s vision and tremendous efforts to provide all forms of support and care for these forces.”

Al Bowardi further explained that the UAE defense industries sector has become one of the most promising strategic sectors, adding that the UAE has achieved great successes in this regard, which allowed it to jump up the ranks becoming the 25th globally.

He stressed that the UAE defense industries have proven their efficiency on the field in many missions carried out by the UAE Armed Forces, and helped boost global confidence in the country’s defense industries.

He also referred to the external participation of the UAE Armed Forces in many joint missions, noting they were in response to the request of concerned countries and within the framework of international consensus, as well as the UAE’s humanitarian sense of duty to protect the innocent and support the rights and legitimacy of countries.