UAE-backed forces press on in Yemen’s Marib, despite Houthi warnings 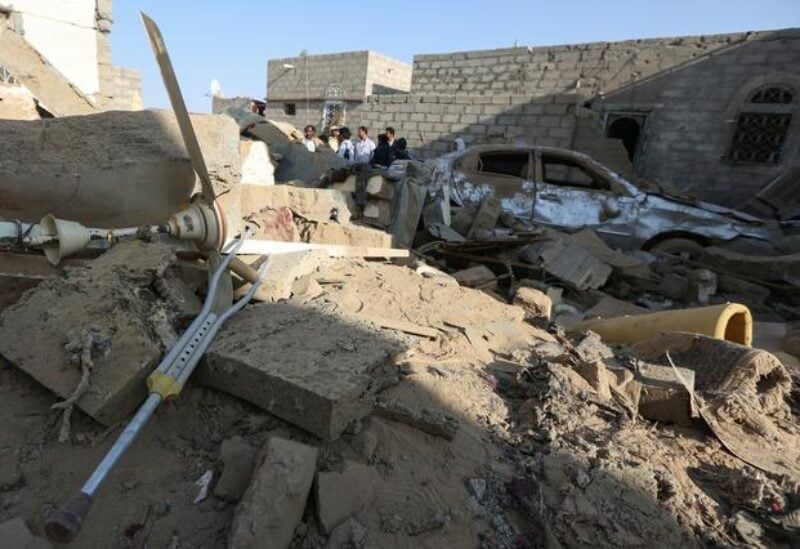 FILE PHOTO: People stand at the site of a Houthi ballistic missile attack over the populated district of Rawda in Marib, Yemen February 6, 2020.

Despite warnings by the Iran-aligned Movement of further attacks on the UAE, Yemeni forces backed by the United Arab Emirates are continuing a push in Yemen’s energy-producing Marib region against the Houthis.
The Houthis launched a deadly strike on Abu Dhabi last week and a second foiled missile assault on Monday, after UAE-backed Yemeni militias intervened along frontlines where the Houthis had made inroads last year.

After expelling Houthi forces from southern Shabwa province earlier this month, the UAE-backed Giants Brigade, on Tuesday, announced it had taken full control of Huraib, a district in Marib that it entered two weeks ago.

Brigade forces were moving on Juba and Al Abdiyah districts, a military source and a tribal source told Reuters.

The UAE has been part of a coalition of Arab states fighting against the Houthis since 2015, after the Movement seized Yemen’s capital and most of its north. Abu Dhabi said, two years ago, that it had pulled its troops out of the conflict, but the Houthis say it is now heavily involved through militia proxies.
The battle for Marib in central Yemen, where the Houthis, last year, advanced on most districts barring the main city and nearby hydrocarbon sites, had dashed hopes for UN-led ceasefire efforts as both sides ramped up military operations.

A coalition-backed government official said other units had penetrated a Houthi cordon around the main city, temporarily reducing the risk of any direct assault. Houthi forces, meanwhile, are biding their time in a mountainous area offering protection from air strikes.

With the intervention of the Giants Brigade, the Saudi-led coalition had, earlier this month, announced a new operation aimed at turning the tide against the Houthis.

The Houthis responded with last week’s strikes on Abu Dhabi that killed three people, the first time the group has struck the UAE. It has also stepped up missile strikes on Saudi Arabia.

The coalition has conducted deadly air strikes in Houthi-held areas it says aim to cripple the Movement’s capabilities.

The United Nations has urged de-escalation in the nearly seven-year-old conflict. Tens of thousands of people have been killed and millions pushed to the brink of famine, in what is widely seen across the region as a proxy war between Saudi Arabia and Iran.