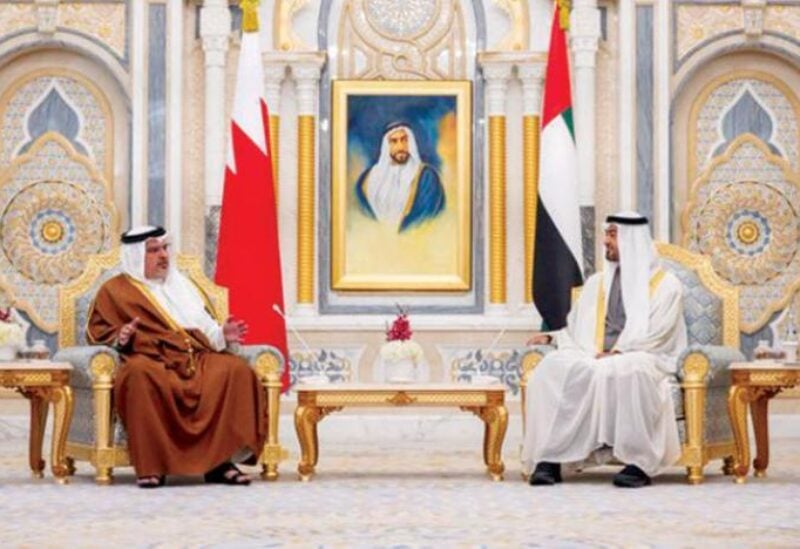 The UAE and Bahrain agreed to establish a framework for strengthening their bilateral ties to reinforce their cooperation in areas of mutual concern, including but not limited to politics, diplomacy, security, the economy, trade, tourism, advanced technologies, energy, transport, education, labor and human resources, climate change and health.

The agreement came on the sidelines of the official visit of Prince Salman bin Hamad Al Khalifa, Crown Prince and Prime Minister of the Kingdom of Bahrain, to the UAE and his meeting with Sheikh Mohamed bin Zayed Al Nahyan, Crown Prince of Abu Dhabi and Deputy Supreme Commander of the UAE Armed Forces.

The two men agreed on encouraging cooperation between ministries and government authorities of Bahrain and the UAE to turn cooperation objectives into joint ventures.

The two countries are keen to reinforce their political dialogue and diplomatic consultations by increasing high-level diplomatic visits, determining joint bilateral action priorities and agendas, realizing joint stances on an international level, strengthening cooperation between diplomatic academies, and establishing a joint consular committee, according to a joint statement.

Bahrain and the UAE are keen on supporting efforts to promote international peace, combat international crime and extremism, and achieve sustainable development goals, it added.

They are also keen to strengthen their economic relations, remove regulatory obstacles and create an appropriate environment for business to increase their trade and investment over the coming years.

They also aim to establish a joint investment fund to invest in promising opportunities and projects in both countries and abroad.

Relevant national organizations from both countries will reinforce their economic ties, by establishing a center for Emirati investors in Bahrain and connecting commercial registries in both countries.

Both countries will also discuss joint investments in oil, gas, and petrochemicals, and establish a joint venture to invest in Bahrain.

The two sides are keen to increase exchange of investment, affirming their commitment to encouraging trade between companies in both countries by establishing a framework for high-level business, industrial and investment partnerships.

The UAE and Bahrain are also keen to restore the aviation sector to pre-pandemic levels, by increasing flights to and from both countries.