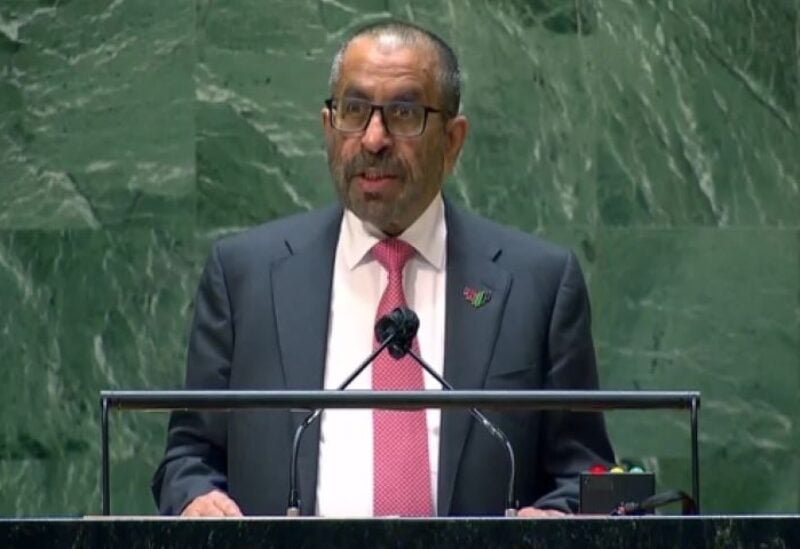 UAE Minister of State Khalifa Shaheen al-Marar said in an address to the UN General Assembly said that the UAE has expressed its gratitude to UN member states for its election to the Security Council.

“The UAE will work in the Security Council based on its prior experience in bridging the gaps, resolving regional conflicts, eradicating pandemics, combating terrorism, and supporting youth and women,” he added.

The minister said that a peaceful and stable environment needs an inclusive and durable ceasefire in Yemen and sustaining it in Libya and Syria with departure of all foreign forces.

“Crude regional interference in Arab Affairs must be halted to successfully end the cycle of conflicts in the Arab region,” he added.

The minister stated that there is an opportunity to achieve sustainable peace in Yemen, only possible by reaching a thorough solution that involves a ceasefire to ensure stability for the people of Yemen and neighboring countries, adding that it is crucial to execute the Riyadh Agreement.

The minister added that reaching a common understanding with Iran, reflecting all regional and international concerns, is a vital need.

“Any future agreement with Iran must address the shortcomings of the JCPOA and involve the countries of the region. We will continue to call on Iran to respect international law, the principles of good neighborliness, and to resolve disputes through peaceful means,” he added.

The minister reiterated the UAE’s demand that Iran ends its occupation of the three UAE islands: Greater Tunb, Lesser Tunb, and Abu Musa.

The minister stressed the urgent need to strengthen security and stability in Afghanistan to fulfill the aspirations of its people, particularly women and youth, and to end the prolonged suffering in return for peace and prosperity.

The minister highlighted the need to end the occupation of all Palestinian and Arab territories, establish an independent Palestinian state based on the 1967 borders with East Jerusalem as its capital, and stopping illegal practices.