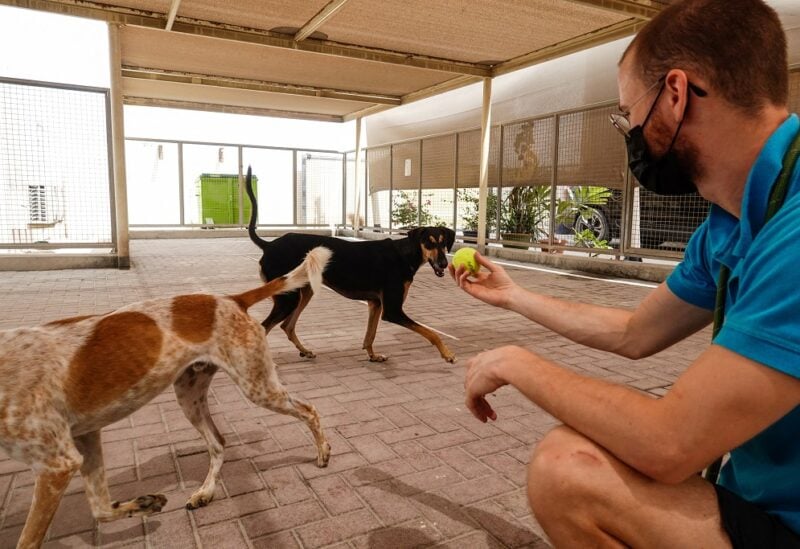 The fatal flash floods that hit the Northern Emirates this week destroyed dog and cat shelters and forced hundreds of animals to find new homes, according to animal rescue workers in the UAE.

More than 400 dogs and over 100 cats are cared for by the Fujairah-based rescue organization Animals and Us, according to social media posts. Although the country’s animals were uninjured by the flooding that occurred in some areas on Wednesday, many have since been moved and are now in temporary refuge after the UAE saw its highest rainfall in decades.

“It is painful to see the absolute destruction and devastation the floods have caused…so many displaced animals and people,” the non-profit wrote.

The animal shelter’s founder, Michele Francis, said that her home in Fujairah had been under five feet of water. She had 18 rescue dogs in her home and “many cats”.

Her son Vernon was also stranded with six dogs and 16 cats and confined to a small upstairs room in the villa while they waited for help.

A rescue team of volunteers used 4×4 vehicles, inflatable dinghies and crates to takes the stranded dogs to safety, with images showing animals being transported through floodwater to safety.

But even after the animals were taken to safety the pet rescue group said the aftermath of the flooding has been “devastating”.

“As we now assess the damage the flooding has left behind, we are devastated with the amount of work and clean-up that needs to be done – all whilst we are still amidst a massive animal welfare emergency,” it said in a post.

“We have no idea how we are going to manage the cost of the damage and we still have many lives to try and save along with the injured animals we will need to treat.”

The group said, as officials work to clear submerged streets and flooded residences, the deluge of water has meant it has also been difficult to get to feeding sites where volunteers care for street animals, while many dogs and cats have gone missing in the aftermath of the flooding.

“Our team went to feed as usual last night,” they said in a post on Saturday morning. “But so many dogs are missing from their usual spots, or some have had to move on for their own safety.”

“A lone puppy stuck in the mud unable to escape was picked up from inside a quarry late last night whilst the team were feeding.

“Severely dehydrated and covered in ticks she was rushed to the vet. We can only hope her mum and siblings managed to escape the torrential rains and are safe.”

The group said over the next few days it will see the true extent of the damage.

“For now, we will continue to reach as many as possible but with roads closed or simply don’t exist anymore it is a huge challenge.”

A spokesman for the UAE’s Ministry of Interior said on Friday seven people died in the Northern Emirates amid the heavy rains and flooding.

More than 800 people were rescued and thousands more placed in temporary accommodation in Sharjah, Ras Al Khaimah and Fujairah.

The spokesman said the main road linking Fujairah and Khor Fakkan is undergoing work to be fully reopened, he concluded.