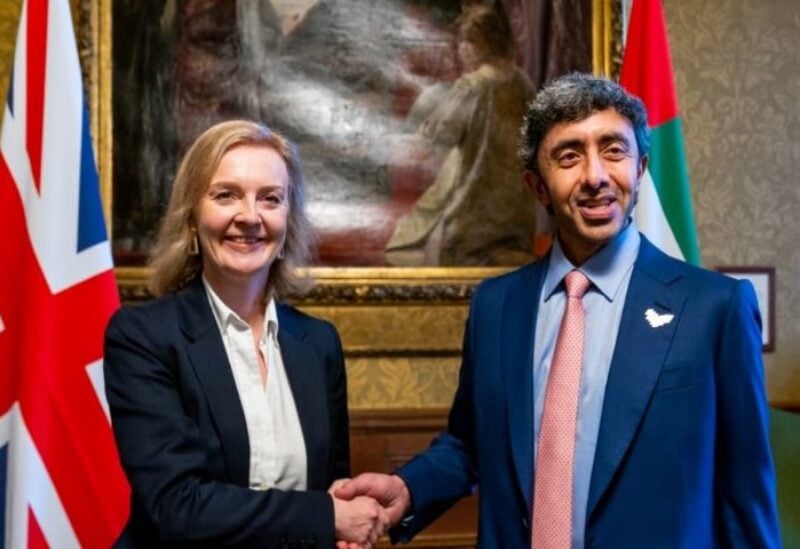 He discussed in his meeting with Liz Truss, Secretary of State for Foreign, Commonwealth, and Development Affairs the means of boosting the UAE’s strategic partnership with the UK.

Abdullah bin Zayed also discussed cooperation in the health sector with Sajid Javid, the UK’s Secretary of State for Health and Social Care.

The UAE diplomat stressed his country’s eagerness to transfer knowledge and expertise with the UK to address some of the challenges posed by the COVID-19 pandemic, according to WAM.