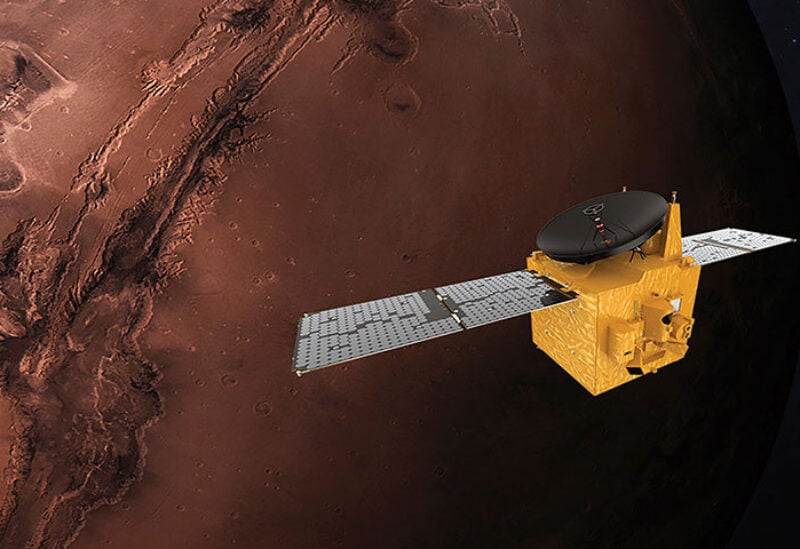 The United Arab Emirates’ Hope Probe entered its final orbit of Mars after a risky maneuver on Monday and is ready for its two-year science data gathering phase – the core aim of the mission. The science phase will commence on 14 April 2021.

The first data from the historic Emirates Mars Mission (EMM) is expected to be released publicly in October.

“The TSM [Transition to Science Maneuver] was critically important and I can say was the last truly scary moment for the mission because there was a very real risk of losing the spacecraft during this last burn,” Omran Sharaf, EMM Project Director said in a statement.

“We’re now assessing the results of that burn, but I can say we are confident that we will not need a further large correction maneuver.”

The Hope Probe was launched from Tanegashima island in Japan on July 20, 2020 and reached Mars’ orbit 493.5 million kilometers away on February 9 2021.

Its thrusters burned for eight-and-a-half minutes to achieve the required speed, the last “big burn” of the trip.

From April 14 to May 23, instruments on the probe will be calibrated in order to form a reliable baseline for collecting data before the first measurements are taken.

Hope Probe will collect information about the surface of Mars and its atmosphere. It aims to measure the depth of surface ice; levels of carbon monoxide and oxygen in the atmosphere; and distribution of dust, ice clouds, water vapors, and temperatures in the lower atmosphere.

It will use a combination of visible-light, infrared, and ultraviolet cameras to collect information.

The elliptical orbit of the Hope Probe enables a high resolution image of the entire planet to be taken each 225 hours (9.5 days).

“If you imagine spinning a basketball on your finger and then wrapping it with wool as it spins, you get an idea of how Hope covers the whole planet over consecutive orbits,” said al-Matroushi.

“While we’re doing that, we’re constantly measuring with two spectrometers and an imager. These three data streams combine to give us a holistic, powerful and unique picture of Mars’ atmosphere that we hope will answer many, many questions we have about the planet and our theories regarding its atmospheric loss,” said Al Matroushi.