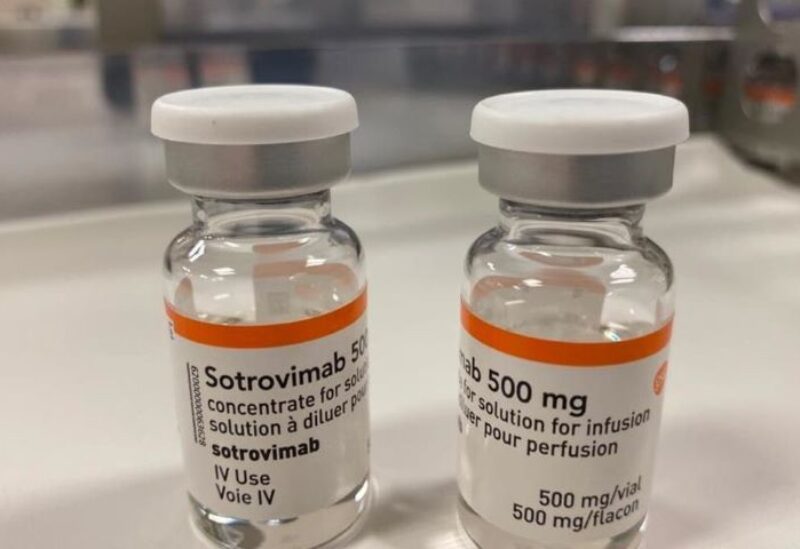 A clinical trial that examined the use of anti-viral medicine Sotrovimab in the treatment of mild to moderate Covid-19 infections among high-risk patients in the UAE found that 97 percent of its recipients fully recovered from the infection within 14 days, Emirates News Agency WAM reported on Sunday.

Almost 50 percent of the patients chosen for trial were aged 50 and above, and all recipients of the Sotrovimab drug had multiple health conditions, including diabetes, cardiovascular disease, cancer and obesity, WAM reported.

The monoclonal antibody treatment also resulted in 100 percent prevention of death among recipients and 99 percent reduction in emergency hospitalization.

The UAE Ministry of Health, in cooperation with Abu Dhabi’s Department of Health (DoH) and Dubai Health Authority (DHA), examined the efficacy of the medicine as a treatment against COVID-19 in high-risk patients – including children aged 12 and above and pregnant women – by administering it to 6,175 patients in Abu Dhabi.

The UAE became one of the first countries in the world to receive a shipment of Sotrovimab in mid-June this year, following its approval by the country’s health ministry and an agreement between Abu Dhabi’s Department of health, leading purchasing organization Rafed, the drug’s manufacturer GlaxoSmithKline (GSK) and Etihad Cargo.