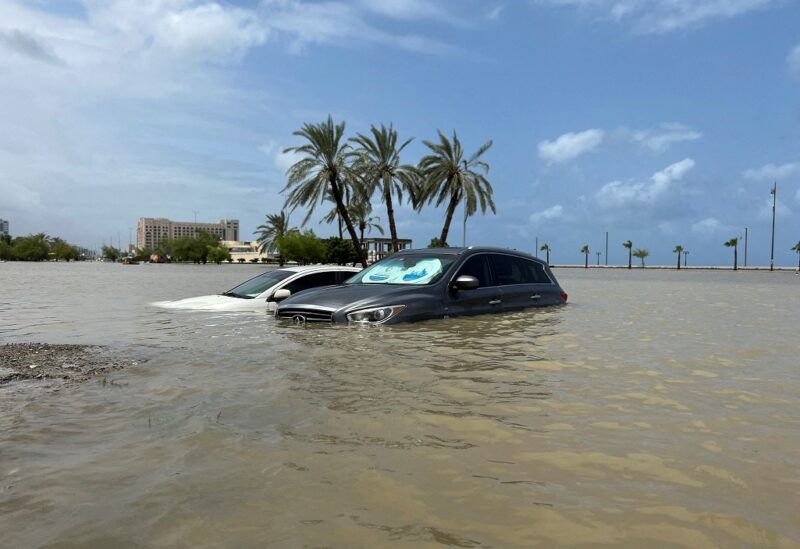 While the UAE experienced the worst weather in decades and battled floods as a result, Saudi Arabia’s neighbor experienced severe downpours and thunderstorms. The cause of the GCC’s summer flood has now been identified by meteorologists.

In an interview with Al Arabiya English, Ahmed Habib, of the UAE’s National Center of Meteorology (NCM), has warned that the region should prepare for more rainfall in August as seasonal changes in the Intertropical Convergence Zone (ITCZ) – the region that circles the Earth, near the equator, where the trade winds of the Northern and Southern Hemispheres come together – are behind the unusual summer climate.

Habib also said this was coupled with Indian monsoons that led to a northward shift in the low-pressure systems that create monsoon rains.

“What we are experiencing now in the UAE, and in areas of Oman and Saudi Arabia, is referred to as the Indian monsoon low that carries a humid weather pattern eastwards over the ocean, exerting a low-pressure system in the upper atmosphere that causes convective clouds that ultimately reach over the eastern mountains and move into the UAE bringing rain,” Habib told Al Arabiya English.

“Also, the same time we have our area threatened intertropical shifting north toward the UAE and some parts of Saudi Arabia.”

The ITCZ encircles Earth near the thermal equator though its specific position varies seasonally. When it is drawn into and merges with a monsoonial circulation, it is sometimes referred to as a monsoon trough.

“This summer this has shifted north,” said Habib, explaining that this shift, coupled with high humidity, whipped up towering clouds across parts of the GCC.

“This is what gave us the heavy rain in Fujairah seen in July, starting in the eastern region of the UAE and extending to other areas such as the al-Ain region.”

While shifting weather patterns is normal, Habib said they were particularly more evident.
“I have been working here [for] 20 years and in all that time I have never seen this amount of rain,” he said.

NCM said the UAE in July recorded its wettest weather in about 30 years.

In the UAE, more than 800 people were rescued and 3,800 were placed in temporary accommodation after last week’s deadly floods, which left seven dead, and parts of eastern region facing a massive clean-up operation.

“Whenever you have mountainous regions such as Fujairah or Oman, near the Arabian sea, and you have cloud with humid air mass from the sea and low pressure, there is a locality threat,” Habib said. “And, of course, any rain that falls on mountainous areas will flow downwards, bringing the chance of flooding.”

During the same week, Saudi Arabia was also hit by torrential rain and thunderstorms across parts of the country, including Najran, Jazan, Asir and Baha regions, as well as parts of Mecca and extending to coastal regions, including Jeddah, al-Laith, and Qunfudah.

Habib warned that more wet weather is still on its way.

“The season is still continuing so we still we have chance of cumulative cloud forming in UAE,” he said.

The country’s National Emergency Crisis and Disaster Management Authority this week urged people to stay away from areas prone to flooding.

In a tweet on Tuesday night, NCEMA said the heavy rainfall was expected to continue, urging residents in eastern parts of the country to stay away from valleys and dams for their safety.

The weather center said wet conditions may cause a reduction in visibility and advised people to stay away from areas that could be hit by flash flooding.