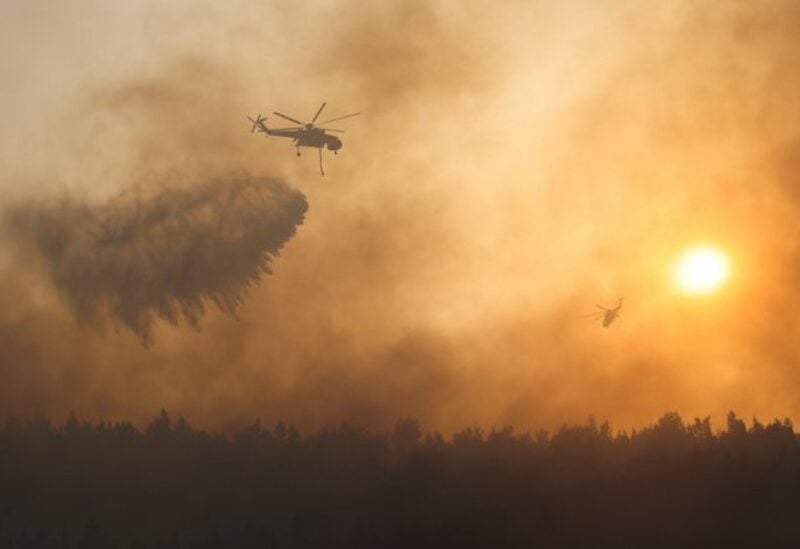 United Arab Emirates announced that it will send an aircraft loaded with supplies to Greece on Tuesday, to help battle fires that have swept across the country.

The government and its largest charity, Emirates Red Crescent, provided the helicopter and a large quantity of firefighting equipment and civilian aid.

A helicopter used to douse flames and dampen ground has already been sent to Greece, state news agency Wam reported.

Fires have threatened hills and suburbs around the capital Athens in recent days, while images of out-of-control blazes on the island of Evia have spread around the world.

The aid was ordered by President Sheikh Khalifa and Sheikh Mohamed bin Zayed, Crown Prince of Abu Dhabi and Deputy Supreme Commander of the Armed Forces. Sheikh Hamdan bin Zayed, Ruler’s Representative in Al Dhafra Region, is chairman of the ERC and oversees its operations.

Dr Mohammed Ateeq Al Falahi, secretary general of Emirates Red Crescent, said the UAE stood in solidarity with the government and people of Greece “in addressing the unprecedented wildfires in the country”.

“This support highlights the UAE’s keenness to reduce the impact of the natural disaster taking place in Greece, as well as its unlimited solidarity with victims,” Dr Al Falahi said.

Some of the aid materials and equipment was provided by Abu Dhabi National Oil Company, he said.

Phase one of the campaign will focus on providing firefighting materials and shelter requirements, while other phases will cater for other needs, Dr Al Falahi said.