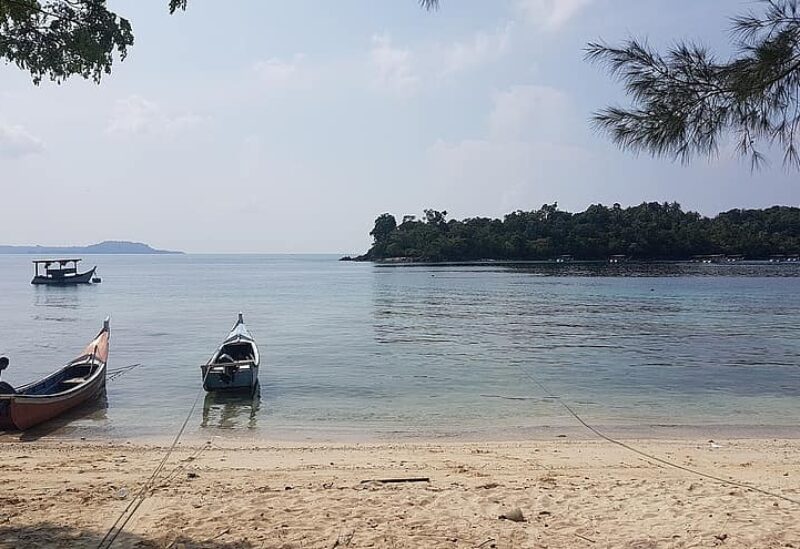 As part of a $22.9 billion investment deal inked during Indonesian President Joko Widodo’s Abu Dhabi visit in January last year, the UAE is to develop several major infrastructure projects in Indonesia, including a multimillion-dollar tourism resort in its westernmost Aceh province, top Emirati and Indonesian ministers have confirmed.

A series of business agreements were signed by the two nations during a Jakarta visit of UAE Energy and Infrastructure Minister Suhail Al-Mazroui on Friday. The agreements are a part of a $22.9 billion deal signed during Indonesian President Joko Widodo’s Abu Dhabi visit in January last year. The investment deal, also covering energy, infrastructure and mining, is seen as the biggest in Indonesia’s history.

The tourism resort development project, which according to Indonesia’s Coordinating Minister for Maritime Affairs and Investment Luhut Pandjaitan is valued at between $300 million and $500 million, is expected to start in Aceh Singkil district in May.

Aceh, a semi-autonomous province on the northwest tip of Sumatra Island, is the only region in Muslim-majority Indonesia that imposes Shariah.

“I think within two months’ time, we can see the progress of this project in the Singkil area,” Pandjaitan said during a joint conference with Al-Mazroui.

While authorities have not revealed more details, in response to a question by Arab News, Al-Mazroui said that some islands off the main coast of Aceh have been identified for the resort.

“Hopefully the team will finalize (it) and then we will be moving to the next stage of having some definitive agreements,” he said.

The project agreement was signed by Aceh Governor Nova Iriansyah and Amine Abide, executive director of Murban Energy, a UAE company whose investment portfolio includes the development of luxury resorts in the Maldives and Seychelles.

According to a statement by the Indonesian Ambassador to the UAE, Husin Bagis, one of the considerations for developing the project in Aceh is that it is only five hours away from the UAE by plane. He said that Abide had visited nine islands in the Aceh Singkil district that were shortlisted for the project.

Among the agreements inked in Jakarta, which Al-Mazroui said are follow-ups to those signed in Abu Dhabi last year, is a $1.2 billion deal between UAE’s logistics company Dubai Port (DP) World and Indonesia’s Maspion group to develop a port and an industrial zone in Gresik, East Java.

LuLu Group International is also expected to enter the Southeast Asian country, as its president director also signed a property lease agreement on Friday to open a hypermarket on the outskirts of Jakarta.

Minister Al-Mazroui hinted that other deals may also follow in the wake of the newly forged economic ties between the UAE and Indonesia.

“Some new deals have been considered, which was not discussed before, and this is the nature of the relationship,” he said.

Al-Mazroui is the first high-level government official from the UAE to visit Indonesia since the signing of a bilateral safe travel corridor agreement in July last year.

He and members of his delegation are in Indonesia to attend a series of events during Indonesia-Emirati Amazing Week, held in Jakarta, Solo, Bandung and Surabaya on March 1-8.