UAE to invest $3 billion in Iraq to strengthen economic relations 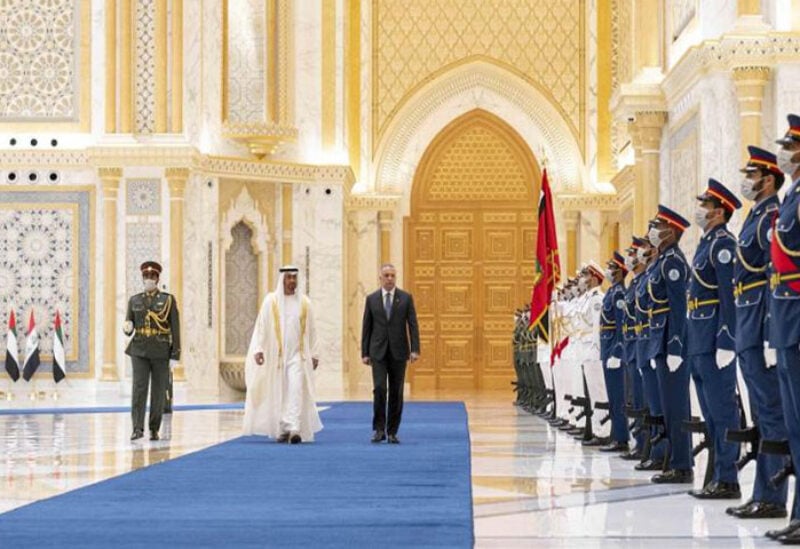 The UAE announced $3 billion investment in Iraq in a fresh bid to strengthen the economic and investment relations between the countries.

The new investments are aimed to tap new prospects of partnerships and accelerating socio-economic and developmental growth in support of the people of Iraq, said a statement carried by the UAE news agency (WAM).

The meeting focused on bilateral relations and ways to develop cooperation between them in various fields. They also tackled regional and international developments.

They discussed economic, investment and political cooperation, as well as opportunities to expand cooperation in the health and energy fields.

Kadhimi thanked the UAE under the leadership of President Sheikh Khalifa bin Zayed Al Nahyan for its support for Iraq and its people.

His visit included a series of official meetings on broadening the prospects of cooperation between the two countries on all fronts for their common interests, with the two sides hailing the depth and strength of their relations. They reviewed the latest regional and international developments and underlined the importance of ensuring international cooperation in the face of the COVID-19 pandemic and containing its economic and medical fallout on the entire world.

Kadhimi thanked the UAE for its medical support, sent to help Iraq and its people face the health crisis.

The two sides agreed to grow economic cooperation and accelerate trade and investment exchanges, urging their businessmen to exchange visits. They also agreed on establishing the Iraqi-UAE Business Council and to streamline all the measures in the service of the two nations and their peoples.

The two leaders also doubled down on the importance of strengthening security and defense cooperation and intelligence sharing in the fight against terrorism. They also agreed on propelling energy cooperation, especially in the fields of clean energy.

Kadhimi had arrived in Dubai on Sunday where he was received by Ruler of Dubai Sheikh Mohammed bin Rashid Al Maktoum.

Kadhimi said he was “optimistic with the friendly and successful meetings he held with my brothers in the UAE leadership.”

He noted that the visit came shortly after a trip he made to Saudi Arabia last week, saying they reflect “Iraq’s sincere desire to be open to its Arab environment and activate its Arab role.”

“Iraq is moving steadily to overcome all challenges that have been impeding it from achieving its national goals and duties,” he added. He cited the upcoming elections that he hoped would establish a democratic state that upholds liberties and human rights.