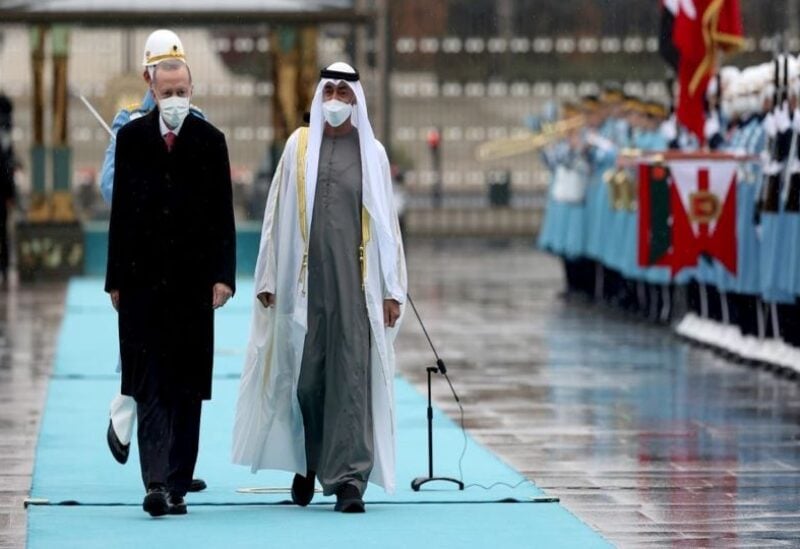 The UAE and Turkey are likely to “form new agreements and renew past pledges” during Turkish President Recep Tayyip Erdogan’s February visit to the UAE, according to a senior Turkish official quoted by state news agency WAM.

According to WAM, Mustafa Sentop, Speaker of Turkey’s Grand National Assembly, “preparations are progressing” for the visit, which he claims would be a “testament to the better ties between our nations.”

The specifics of the agreements that are likely to be signed have not been disclosed.

On Thursday, the Turkish Parliament’s Speaker met with the UAE’s Speaker of the Federal National Council (FNC), Saqr Ghobash, as the nations aim to strengthen legislative ties.

The visit comes only two months after Abu Dhabi Crown Prince Sheikh Mohamed bin Zayed met with Erdogan in Ankara, when the UAE unveiled a $10 billion investment fund in Turkey.

“Sheikh Mohamed bin Zayed’s visit to Turkey was a crucial step in elevating our relationship to a new level,” Sentop stated in the original WAM statement.

Furthermore, many investment opportunities in the domains of climate change, energy, water, and food security, health, agriculture, logistics, infrastructure, banking, and tourism are being explored between the two nations.

According to WAM, bilateral commerce between the two nations will exceed $8 billion in 2020. According to the research, Turkish contractors have completed 141 projects totaling $13 billion in the UAE thus far.